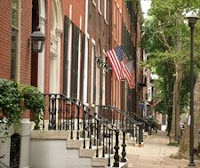 Happy July 4th!
The United States is the only country with a known birthday.
~ James G. Blaine
America is an enormous frosted cupcake in the middle of millions of starving people.
~ Gloria Steinem
What the people want is very simple. They want an America as good as its promise.
~ Barbara Jordan
This country will not be a good place for us to live in unless we make it a good place for all of us to live in.
~ Theodore Roosevelt
We Americans have no commission from God to police the world.
~ Benjamin Harris, address to Congress, 1888
Americans always try to do the right thing after they've tried everything else.
~ Winston Churchill
America is a large friendly dog in a small room. Every time it wags its tail, it knocks over a chair.
~ Arnold Toynbee
Illegal aliens have always been a problem in the United States. Ask any Indian.
~ Robert Orben

When asked by an anthropologist what the Indians called America before the white man came, an Indian said simply, "Ours."
~ Vine Deloria, Jr.
If you can speak three languages you're trilingual. If you can speak two languages, you're bilingual. If you can only speak one language, you're an American.
~ Author unknown
If you surveyed a hundred typical middle-aged Americans, I bet you'd find that only two of then could tell you their blood types, but every last one of them would know the theme song to The Beverly Hillbillies.
~ Dave Barry
America makes prodigious mistakes, America has colossal faults, but one thing cannot be denied: America is always on the move. She may be going to Hell, of course, but at least she isn't standing still.
~ e.e. cummings
Posted by Bridget at 6:00 AM

Those just about cover it... Happy 4th!

Especially loved the first quote. While we were driving through the parade this morning, an "old timer" wished the Knight a happy birthday. He politely shouted back, "Same to you!" and then looked at me and said, "It's not either of our birthdays."

Loved those quotes, particularly the Toynbee. Although in the last decade the US may have been less like a friendly dog and quite a bit more snappish.

Bridget- I know the theme song to "The Beverly Hillbillies". As well as "Gilligan's Island", "The Love Boat"- you name it!

Happy 4th to you!

Vine Deloria --- one of my heroes.

I refuse to sing that song, it'll be stuck in my head for a month!

Fantastic quotes!
I hope you had a happy 4th.
Thanks for stopping by my blog.