Return to Crazytown - an FO!

I am happy to report to you that I finished the hat I'd started for The Tim.  I wove in the last of the ends right around noon yesterday.  I cannot show you a blocked/blocking photo, because there is nowhere in our house where a damp or wet hat blocking on the exercise ball would not be seen (OK,there are places, but then it would likely never get dry ...) , and since this is a gift, I want it to remain a surprise.  Hopefully once it is gifted later this month, I can get a better photo of it for you. 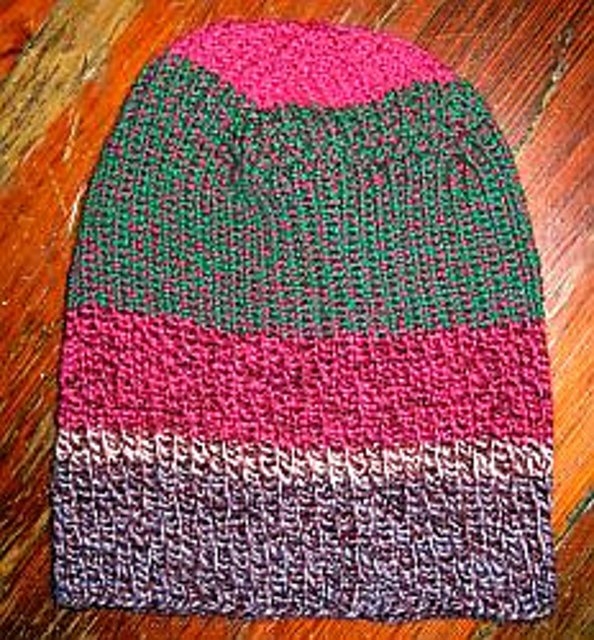 Project:  Tim's Crazytown Hat
Pattern:  based on the Olmsted Hat, by Jaclyn Salem
Yarn:  Stonehedge Fiber Mill Crazy leftovers from this project,  no colorways listed
Needle:  US size 4
Modifcations:  Unintentional.  I had to cast on and start the first two rows about six times.  I think when I finally got it to work, I just started in without taking a look at the pattern again.  As a result, I didn't notice until I was getting ready to work on the crown that I had just kept ribbing along, which was not really what I should have been doing.  But I liked how it looked, and wasn't about to rip out everything and start over.  So I left it alone, and followed the pattern exactly only for the crown stitches.
Comments:  This was such a fun, quick knit, even with using three different balls of yarn!  I tried it on when it was finished, because it looked a bit small.  However, it fit my large head just fine, so I know it will be OK.  Plus, it's nice to have it finished well ahead of his birthday.  Here's a photo I took attempting to show the crown, but unfortunately, you can't really see the detail: 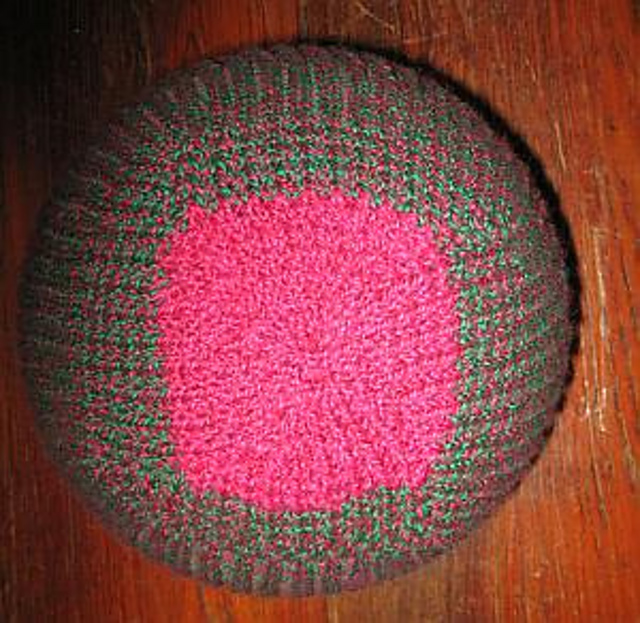 The colors in the hat are wonderful and play together so well. What a great (surprise) gift for your husband. You definitely seem to have your gift knitting on schedule. Such special gifts for your family.

It does look like a cozy hat. I've been getting good use out of mine this past week. Brrrr.....where did all this cold come from? I've even had to bundle up in the house.

Lovely hat! I predict that he will love it.

I think it is really great with all the ribbing!!!! Hats ribbed all they way always stay on better. I guess its negative ease!?

Congrats on the finish.

Hope Tim's birthday is soon. It's going to be cold enough to NEED a hat.

Nice work! You're really zipping along in the Knitting Department. (Enough for us both; I've not knitted a thing in ages. Sigh.)

Great finish Bridget! Love the colors of this one and it does look cozy!

I like the top. Square seems cooler than round.

It looks fantastic! I'm sure he'll love it.