I just realized I never posted about the books I read last month. Lest you feel at a loss as to what I may think about whatever books I read, here is my:

Two books for December, which was quite an accomplishment for me, since I was busy with Christmas preparations, and then during my Christmas break from work - when I thought I would just read and knit non-stop, then ended up just coughing - I felt to lousy to read much at all.

First up: Atonement, by Ian McEwan, which was the 2002 National Book Critics Circle Award winner. First let me say that it was a complete coincidence that I read this book during the same month the movie was released. It was the next book on my list for the Book Awards Reading Challenge (because of course I had to read them in order!), and I am sure if I had tried to plan it to happen at the same time the movie showed up, something would have kept it from happening.

Anyway, I enjoyed this book, pretty much for the descriptive abilities of Mr. McEwan. I did not care for Briony Tallis, the main character, whose decision as a young girl on a certain night ruins the lives of so many others around her. She is the kind of child/person who just annoys me to no end, and her actions in the book didn't help things. The two other main characters in the book did not really appeal to me either. Briony's older sister, Cecelia, seemed like an incredibly tiresome person, the kind who would make me wish I was having a root canal if I had to spend much time with her. Robbie, a family friend, and Cecelia's love, was just too self-involved (albeit with good reason) to make me really care about him.

Yet I loved reading the book. The language was so evocative, that I felt that I could actually see the places and people being described. I have not had the opportunity to visit England or France, and was not alive during the second World War, but Mr. McEwan's prose made it seem right in front of me, and that kept me reading.

The second book was my last choice for the Armchair Traveler Reading Challenge. I had originally chosen another title, and even an alternate, but The Tim brought home an Advance Reading Copy of a book that takes place in Ireland, and since it was the same place I had been planning to "travel," I decided to read it instead.

An Irish Country Village, by Patrick Taylor, is a sequel to An Irish Country Doctor, but I don't feel that not reading the first book was problematic in enjoying the second one. It tells the story of Dr. Barry Laverty, who is beginning his assistantship under Dr. Fingal Flahertie O'Reilly, an established doctor (and character) in Ballybucklebo (near Belfast), Northern Ireland. The story takes place in 1964, and Barry has just experienced the death of a patient that may have been due to his misdiagnosis. The bulk of the book takes place in the time period when he is waiting to hear the postmortem results, and also trying to regain the trust and respect of the people in Ballybucklebo.

This was an enjoyable read, while also portraying characters that seemed a lot more real than those portrayed in other works about life in a small Irish town. It is also interesting, because it takes place right at the time when women were beginning to challenge the status quo. Barry's girlfriend, Patricia, is an engineering student - in itself unusual - who is hoping to win a scholarship to Cambridge for postgraduate study. Taylor manages to make Barry believable as a man who, on the one hand, wants his girlfriend to stay close, so that they can marry soon, but also understands how important it is to Patricia to continue her education and have a career.

I liked this book enough to want to pick up the first one, and give it a try.

I have signed up for two more challenges, both of which are relatively low-key in that they let the reader decide how they want to structure things, based on their interests, time, etc. 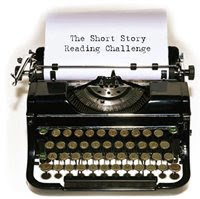 I'm still finishing up my list for this one, but I should have it worked out by the weekend. This one appealed to me, because whenever I read short stories, I enjoy them, but I seldom choose them on my own.

Then, there's The Jane Austen Mini-Challenge

For this one, I have decided to read Mansfield Park, and Lesley Castle, at a minimum, and I hope to watch all of the adaptations that are being shown on "Masterpiece Theater" starting this coming Sunday (around here, at least). I enjoy reading Jane Austen, and I'm looking forward to becoming familiar with more of her work.

I really agree with your thoughts on Atonement. I loved the writing too but I almost gave up in the first 50 pages because I disliked the little girl's character so much. I'm having the same trouble with his Saturday. I just can't get into the main character.

I didn't pick up Atonement because the characters sounded so unlikeable but perhaps I should give it a go.

The Austen-a-thon is only one book to a week, more or less. Gah. But still, will watch it.

The characters didn't bother me at all. I thought they were very realistic. But, ultimately, you read Atonement for the writing and the emotion.

Saw the movie Atonement and enjoyed it although I didn't see there was any "atonement" - merely regrets. It was also interesting for the Dunkurk footage. My mother was a child in England during the war and lived on the beaches - and has memories of Dunkurk and how the local fisherman helped in the rescue. I love all Austen - but my favorite adaptation is Northhanger Abbey with Peter Firth. Be still my heart - the ending is to die for.