I am actually ThisClose to finishing a project that has taken way too long.  Not due to difficulty, or not enough yarn, just because of me!  I don't want to say any more and possibly jinx it, but hopefully sooner rather than later I'll have a blog post and a picture for you.

I have been thinking lately about how I really need to take my measurements and understand what they mean, as far as knitting goes, in particular.  I always hesitate with large projects (aka sweaters), since I never feel confident that I really know what size I should make.  Recently, I bought a copy of Amy Herzog's Knit to Flatter, which talks about not only knowing your own measurements, but how to get accurate ones, and what that means related to what you are trying to knit. 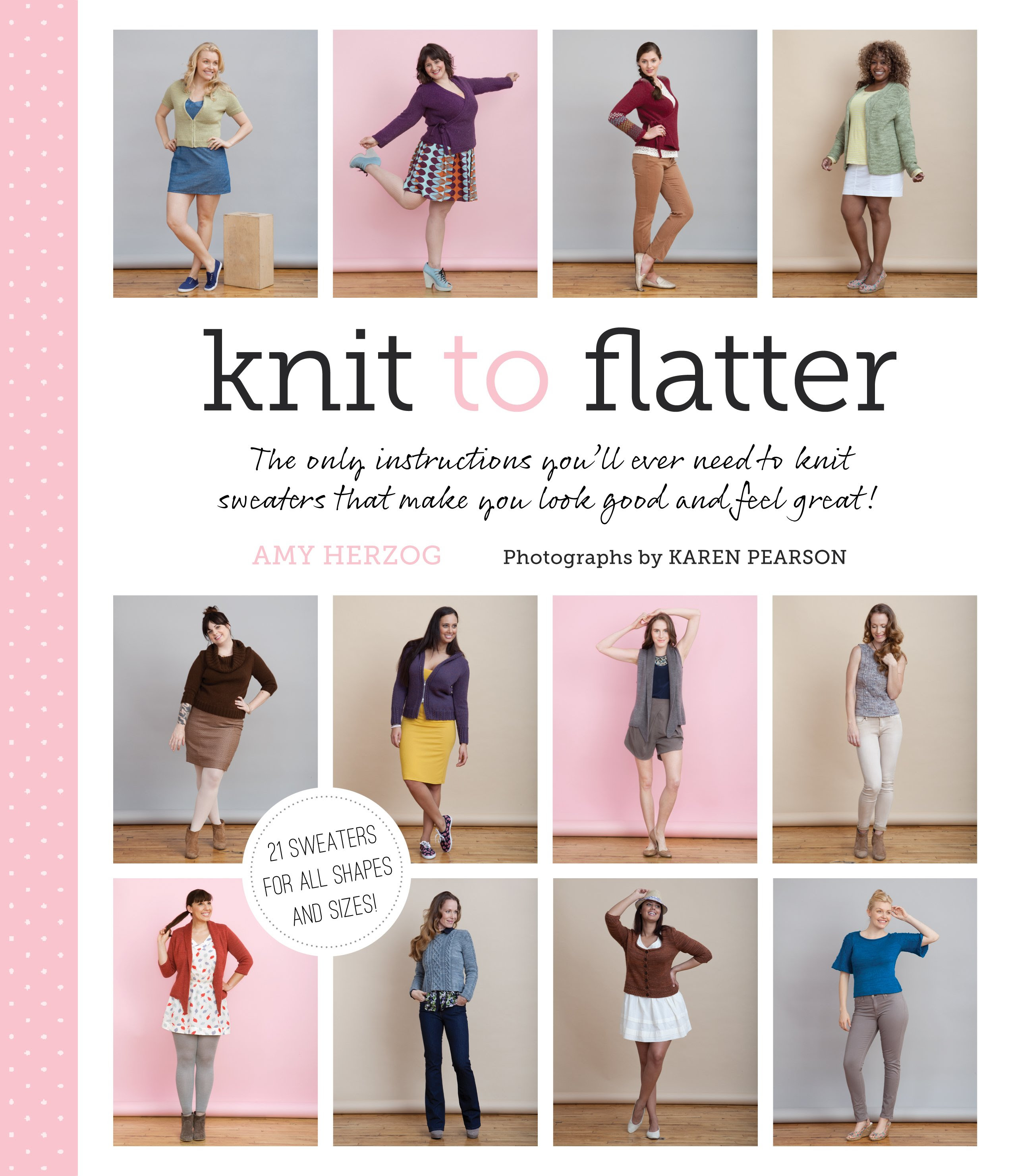 I also see on her website that she is launching something called CustomFit, which looks promising.  For whatever reasons, I feel that she is trustworthy.  I think part of it is that she looks in pictures like a very friendly, approachable person, with a normal kind of body.  (If you know her and she is not, please don't tell me.  I want to enjoy my little fantasy at least a bit longer.)

In other news, my shingles - though much improved - have put yet another damper on something for me.  I was supposed to teach a six-week Beginner Knitting class at Rosie's, starting this past Monday.  I was truly excited about it, because a) I had missed teaching it last winter, due to my interminably long pneumonia-like illness, and b) I love the idea of getting new knitters started!  So even though things were doing OK, my doctor suggested that adding an evening class to my work schedule might not be the best idea.  So now someone else is doing it.  Which dismays me, because I hate pulling out of something like that at all, much less twice in a row, and also because I was hoping to use the money I made for holiday gifts.

But, onward, as they say.  I'll go back to my ThisClose project, and start planning what will be next, or decide if any holiday gifts are coming off the needles this year.  And just hope that I not only get another chance to teach Beginner Knitting, but that I stay healthy enough to actually do it!

Oh Bridget, I had no idea you had shingles. What a nightmare. I get frequent cold sores which are awful but only a fraction as painful as shingles. ):

I avoid finding out my exact measurements with the same fever that I avoid full-length mirrors.

I feel the same way about Amy. She seems like a really credible source when it comes to figuring out how to make things fit the way you'd like them to and I really enjoy reading her blog. I haven't put any of her methods to the test yet, but it would be refreshing to make a sweater that actually fits me properly. They're always either too large or too small :(

I hope she is as delightful as she seems.

Thanks for posting about Knit to Flatter. I've been eying that book on Amazon and your liking the book makes me think it may go on my wish list soon and make it into my collection before too long. About the shingles: remember that they will go away soon and you'll probably never get them again. Marie

Ooooooooo...now I can't wait to see what the mysterious project is. LOL

Sorry you didn't get to do your class. That sounded like it would be fun.

Steve has been to Rosie's. He bought me some beautiful sock yarn. Maybe I'll get there this year when we are in Phila.

I've heard great things about the book and how helpful it is. I'm eager to hear what you think about it.

While it is difficult to pass up a class of new knitters, there will be more opportunities when you are well. Rest, relax, read, and knit.

Darn those shingles!! I had them once also...not fun!

A knit shop near my home with custom write a pattern for your measurements for 10 dollars. I think this is a great bargain. Maybe a shop near you offers the same help. I am always in awe of knitters who can knit a sweater to fit them perfectly

I am so sorry you had to cancel your class, I think it is high time those shingles took a hike. I have that book and I love it. I ordered it in August. The patterns are clear cut and the information really great.
Enjoy,
Meredith

I'm so sorry to hear you have had shingles! We have several friends who have had debilitating pain for years and I just had the vaccination last Monday even though insurance won't cover it until you reach age 60. On the other topic, I know exactly what you mean about how to choose the right size to knit a sweater and am going through that process right now with The Shepherdess a new Kate Davies design. Can't wait to see your FO!