The past few weeks have been really busy around here, plus I've caught a cold, so any extra energy I might have had otherwise (and it wasn't much!) was used mainly to accomplish basic tasks.  Which is why you really haven't heard much from me.

But today I thought you might enjoy hearing about the Mutt Strut.  Dug and I signed up to do it again this year (well, obviously, I signed us up!), because not only is it for a wonderful organization, but last year's event was so much fun for both of us.

Saturday morning, October 11, turned out to be one of those days where it had rained hard all night, and was still raining as well as pretty cool in the morning.  Ick.  But I decided we would still go, because a) we had said we would, b) the people running it and the vendors would be showing up, and c) homeless animals don't have the luxury of deciding to stay inside when it's cold and rainy.  As it turned out, by the time we actually started "strutting" (led by some of the Mummers), it was only drizzling, and by the time the walk was done, the rain had stopped altogether.  So we and the other hardy souls who showed up all survived just fine, thank you.

One of the things I love about this event is that there is a Halloween costume contest, and some people are amazingly creative!  Most of the dogs have no problems with their costumes, and it's hilarious to see them all dressed up.  Dug hasn't worn a costume - yet - because I seldom have my act together enough to do so, but maybe someday ...

Anyway, here are some of the highlights from this year. 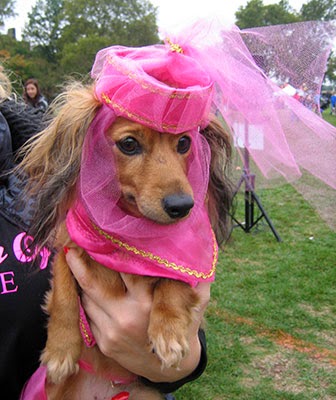 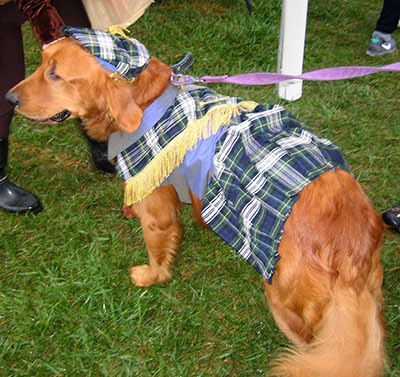 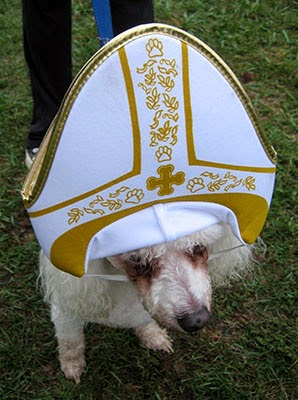 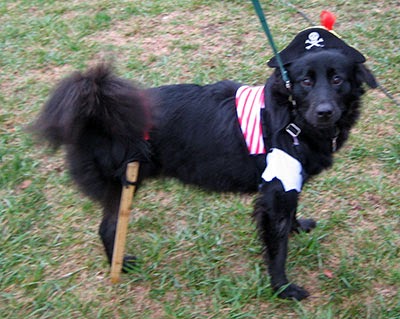 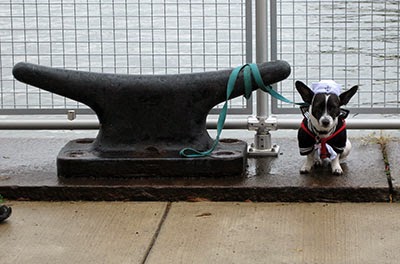 I especially was impressed with the three-legged pup above whose owner made him a peg leg pirate!  It was an adorable costume, and the pup seemed more than happy to be dressed up and walking along.  And the pup dressed as the Pope made me laugh so hard I cried.

The event takes place at the Navy Yard, which has so many great buildings - I really wish I could go inside - and interesting sights ... 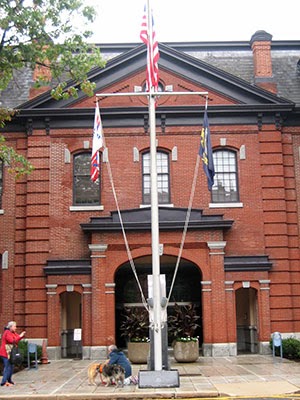 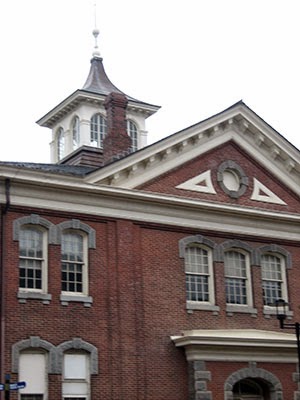 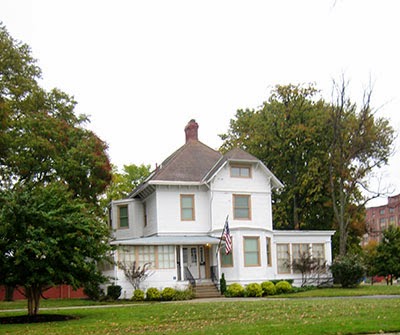 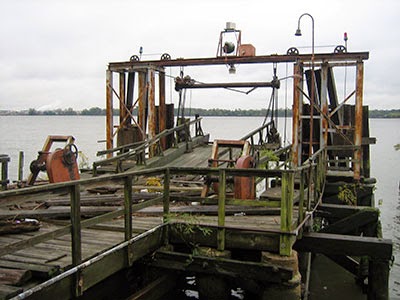 One of my favorite attractions was the Puppy Kissing Booth, where I got to kiss this little girl, Lucy (and boy do I wish I could have adopted her -  bull terriers are one of my fave kinds of doggies!). She was supposed to be in costume as a Woolly Mammoth but the head part kept falling off - you can see she was not too upset about it ...

Of course, my favorite part of the day was just being with this guy. 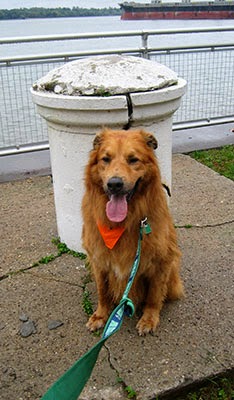 Last year, we were lucky to *just* make it to our modest fundraising goal.  This year, we very nearly doubled it, so even more animals can be helped.  This made everyone in our house very happy.

A little bit of rain was not going to make weather wimps out of us!
Posted by Bridget at 12:19 PM
Labels: Dug, mutt-strut-2014

What a fun day!

I love the photos of the costumes.

Bridget- So basically, it was how to humiliate your dog.

I love Bull terriers too-

Love all the dogs dressed up. People are so creative and the dogs looked like thy were having fun.
Hugs,
Meredith

I love fundraisers that put the FUN in fundraising.

I think it's wonderful that you guys participate in this function for a good cause that is obviously close to your animal lover's heart. Love the pictures from the day especially of your Doodle and the Pope. Seriously a Pope dog, awesome.

Those pups all look amazing!

What FUN!!!! I love the whole concept! I'm so glad you and Dug had a great time at such a cool event!