Five Favorites for This Friday

Admittedly, this week is an easy one, since it was a great week overall.  But it still counts, even if you don't have to dig deep for things that made you happy, right?

1.  Last weekend, we were in Baltimore visiting family.  Perfect weather, and we got to see nearly everyone, and had a blast.

2.  As part of that weekend, we went to a performance by Hot Rize,   One of the members, Tim O'Brien, is a guy I was in elementary school with (he later went to a different high school), a few years ahead of me.  Then later on, my brother-in-law became his father's law partner.  The show was great!

4. Tuesday was The Tim's birthday.  Both of us took the day off work, and we had a fun, relaxing day, topped off with trying a new restaurant for dinner, and of course, presents and birthday cake!  The only down side, according to him, is that now for the next four months, we will be the same age, and he doesn't like that, since I'm "old."

5.  Kim received the package I sent her in a swap, while I received an amazing package from Alyssa.  (I'll post about that with pictures separately.)  Kim seemed really pleased with her things, and I was blown away by my package.

Have a wonderful weekend! 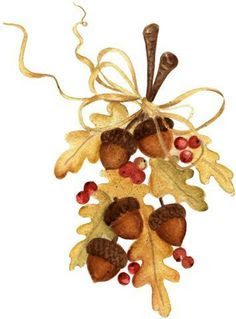 Posted by Bridget at 8:31 AM
Labels: five-fave-fridays

I've met Tim O'Brien. It was brief and probably forgettable to him. I was in a group that brought traditional music acts to Charleston, and Hot Rize happened to be one of the groups. They may have come twice. I remember that Hot Rize had an alternate personality called Red Knuckles and the Trailblazers. Both styles of music were enjoyable.

I like favorites whether it's been a good week or bad week, leading up. Consider me a fan :)

I am glad that you spent the day with The Tim to celebrate. As I get older I am reminding myself how lucky I am to celebrate things with people I love. It seems so obvious when I write that out, but I can be prone to looking at the wrong side of things if given the mood. Sigh, what a waste of energy, right?