Hmmm ... I started this post the other night, but then the pictures weren't edited, so it all got delayed ... anyway ...

Not to be outdone by Fun Saturday #1, today I bring you another one.  The funny thing is, it was the weekend after the first one, which is of course the way it works.  You sit around for months not doing much, and then everything happens in a few weeks!

Anyway, on the weekend of October 18, my niece Amanda and her husband Pat visited from Baltimore.  We always have a good time with them, and they are always up for any adventure.  The Tim decided that we should all go on a visit to Winterthur.  We had been there once years ago, for their Christmastime display (amazing and beautiful), but not since.  And they currently have a special exhibit of some of the costumes from the TV series "Downton Abbey."   Since we watch it, and knew that Amanda and Pat were big fans, it seemed like a good idea for an outing.

As luck would have it, the day was one of those fall days you think only exists in the movies - sunny, crisp, with the slightest breeze but not too cool and not too hot.  We had a wonderful time, enjoying the outdoor spaces as much as the indoor ones.

Hopefully, these pictures will give you an idea of the place. 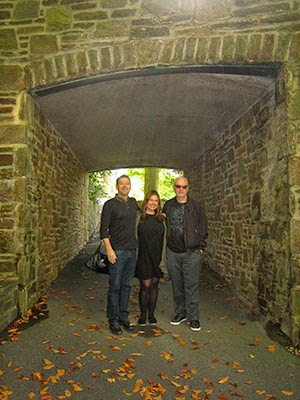 From left to right:  Pat, Amanda, The Tim 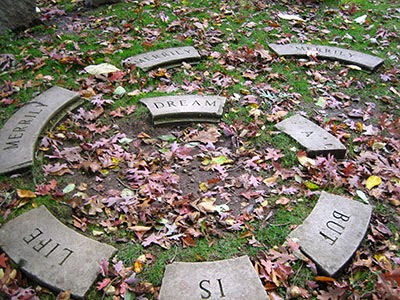 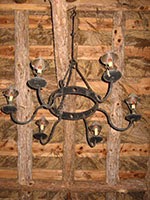 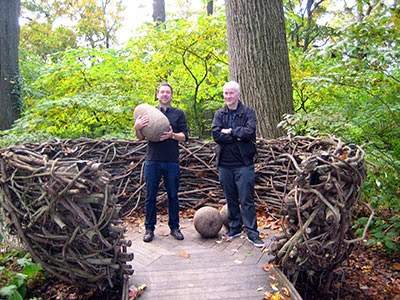 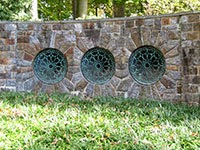 Wall around the pool

And then, the inside of the house, including the conservatory and its ceiling - it's always hard for me to believe that people just lived in these places, you know, like a "regular house" ... 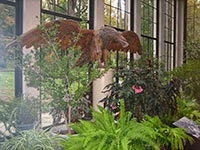 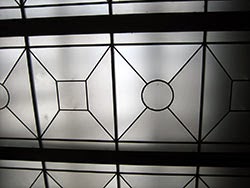 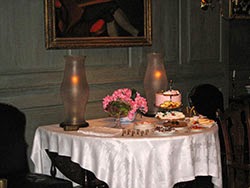 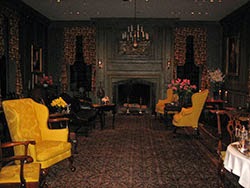 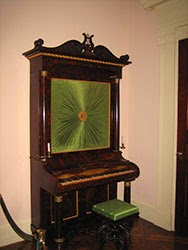 As F. Scott Fitzgerald said, "The rich are different than you and me."  I think he was on to something there.  :-)

The Downton Abbey costumes will be in another post (whenever I get to editing those pictures), so stay tuned!
Posted by Bridget at 8:21 AM
Labels: fall, family, winterthur

Bridget- There was a display of some of the costumes here, in a house called Spadina. You couldn't get tickets- it was booked solid.

So I look forward to seeing your pics!

I love touring estates and mansions and wondering what it would be like to live there. My luck, I'd be a servant!

Love the nest and the story stones!

Thanks for sharing your pics. Cool birds nest design. The gold upholstery on armchairs really lit up that dark and dank room. Looking forward to seeing the costumes!

Good times! I love that cool "nest" picture outside.

I have always wanted to visit Winterthur! It looks like such an awesome place - and I know I would love it. Thank you for the pics (to make me want to go even MORE)! My favorite ... definitely those story stones! so cool!

Spectacular. I have GOT to get back up there and let you take me sightseeing!