Kathy's Monday Q & As are always fun, but sometimes I don't have much to say, and other times - like today - I don't get around to answering until a day or two later.

Here we go for this round.

*I'm overjoyed that the mason bees are putting their eggs in both pollinator boxes here.  What kind of crops do you see in your state?

Pennsylvania has lots of corn, tomatoes, beans, squash, and the like.  New Jersey (right next door) has blueberries, peaches, and tomatoes and they are THE BEST ever.

*When was the last time you wore a handknit?

I would have to say late May, when I wore my Portfolio Scarf a few mornings when the walk to work was chilly.

*Have you ever seen the Secret Service in person?

Big time!  First of all, living in Washington, D.C. for 7 years means you see them a lot.  Also, having worked for a U.S. Senator while living there, I not only saw them a lot, but had many conversations with some of them.  They are good people,  and you could not pay me enough to do their jobs.

*Do you know a poem by heart?

Yes.  I can recite "O Captain, My Captain!," "To An Athlete Dying Young," "The Red Wheelbarrow," and several Ogden Nash poems, if you count that as poetry ... there are probably others I just am not thinking about.  When I was in elementary school, poem memorization was a pretty regular thing.  I can remember that, but not the thing I just walked downstairs to get ...

*What is a rule in your house?

If you use the last of the ice cubes, YOU refill the trays!

*Have you been stuck behind a cyclist, a tractor, or a bus most recently?

A bus.  Skinny city streets mean that you're stuck behind buses a lot here.

Lemon meringue.  My mother used to bake two pies a year: butterscotch in the fall, and lemon meringue in the summer, so I've always associated that with summertime.  And it's funny you should ask, since I have been thinking about making one ... 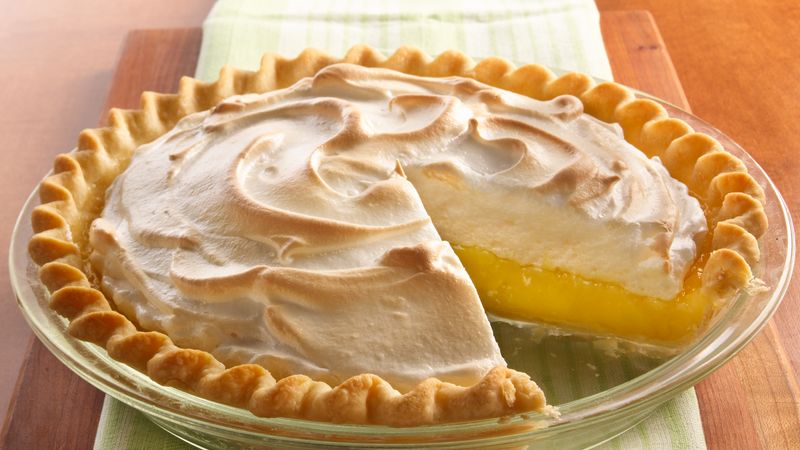 *Do you know a clever yarn shop name?

There used to be a yarn shop in Narberth, PA (the 'burbs) called Ewe and I, but sadly it closed.  I always liked that name, though.

*Are you still hearing fireworks?

Occasionally.  Some nights after a Phillies home game, there are fireworks.

It's hard to find a good lemon meringue pie, and for me, even harder to make one so that the meringue doesn't shrink and weep. It is a tasty pie and does symbolize summer.

Isn't it funny that we can remember things like poems and songs from our past but not what you should be remembering right now. The Mister and I are having a terrible time keeping up with things these days and always going behind each other to check. It's annoying.
I love lemon meringue too and used to make a great one back in the day when I had more than just myself to eat them. Dessert these days are fruit or popsicles I am very sad to say.

You know, after years and years and years of teaching Shakespeare's Julius Caesar, I know huge stretches of it by heart. As a matter of fact, students used to simply say any line, and I could pretty much take it from there and go on forever. They were highly impressed. I can recite Jabberwocky, A Visit from St. Nicholas, and a few others, mainly because I either taught them or they were recitations which earned extra credit for my students; therefore, I learned them, too.

Summer pie--rhubarb or strawberry, but not together.