I love the idea of dancing, and I love moving around, but I am not by any stretch of the imagination a good dancer.  Which is fine, since I don't have to be, you know?  I would like to think that I could do OK with some lessons, but that isn't likely to happen, so I'll just enjoy dancing myself, in the privacy of my own home.  Probably safer all the way around ... :-)

But this week's Ten on Tuesday wants us to think about dancing, or more specifically:

10 Songs That Make You Want to Dance

So here they are, in no particular order.

1.  The Waltz from Eugene Onegin - whenever I hear this, I am literally swept away in my head to a ballroom, where everyone is wearing beautiful gowns, and there are crystal chandeliers - well, you get the idea.  If I could go back in time for a day and experience it, I think it would be wonderful.  (Though I would likely be a kitchen maid or something, so never mind.)

2.  Any polka.  Now, folk dancing, I can do.  And growing up with an uncle from Poland, who was from a large family, where there were many weddings, I can say that my polka skills are extremely well developed.

3.  Dancing Queen, by Abba - this is largely because my older sister Nancy jumps up when she hears this being played, and you MUST join her and learn the specific movements that she does, and it is ridiculous but also just so much fun!  This is a family tradition now.

4.  Twist and Shout, by the Beatles - because, a) it's the Beatles, and b) it encourages movement with abandon, while also being very sing-a-long-able.

5.  September, by Earth, Wind & Fire - this song just gets me, and makes me want to do anything but just sit and listen to it.

6.  Ain't That a Kick in the Head - I can't explain this, but whenever I hear it, I wish I was dancing, no matter who is singing it.

7.  YMCA, by the Village People - this goes against everything I believe, because oh my God the Village People??? but I have been to enough weddings that now when I hear it, I am inclined to want to act it out, as one does at wedding receptions.

9.  All I Want for Christmas Is You, by Mariah Carey - again, catchy, and I find myself dancing around if I hear it as Christmastime.  Sigh.

Basically, any song/music that you can dance around to on your own, or with a group - The Tim is not a big dancer (it's like he's Amish or something) - seems to appeal to me.  And I love the classics, and Motown, and a million others.  None of these songs on my list are recent, which is a) because I'm old, and b) because I don't necessarily know the names and/or artists of more current songs that appeal to me.

But I just dance around on my own anyway, so what do I care?? 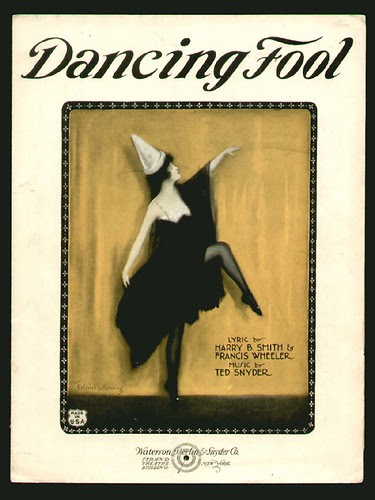 You've got some great music here, I like the Sleeping Beauty Waltz, it reminds me of the movie with them twirling around on the dance floor. Big Band music makes me want to dance.

I agree, most music with a good beat makes me want to dance.

Just not twerk. Nobody should twerk.

I love to dance, especially with a partner who leads well. Without that, I have two left feet.

I like Twist and Shout by the Beatles (it's the version they used in Ferris Beuller's Day Off), but I also like the original by the Isley Brothers (I have it on my iPod). I can't dance worth a lick, but most of the songs you listed do get my feet moving. Thanks!

Dancing Queen. It's more than a song, it's a personal anthem ;) I love that one. I can't not disco toe tap to that one. Fun list!

Bridget, I received your amazing give away last night and opened it up today and I am speechless. I can not believe your generosity. I do not have either of the books and have always wanted the The Best of Knitter's Magazine Shawls and Scarves book. The yarn is stunning, I can not believe you were able to part with it. You have absolutely made my day and I am sending you a thousand thank yous.
Hugs,
Meredith

Came here from Chan's blog. I love this post! (Wait, do I have any Earth Wind and Fire albums? I should!)

I had to laugh out loud at "polka"! I grew up in a Polish family, and while I can't dance worth crap, I can do a mean polka. And a schottishe. You're not really married where I come from unless there's a good polka at your wedding.