When I was a little kid, and would say I hated someone, my mother would always say, "Don't say that.  It's not good to hate people, and besides it takes too much energy."  Years later, she mentioned someone, ans said, "You know, I think I hate her."  I pointed out what she told me, and she said, "Yeah, well, it takes very little energy to hate her."

And I have to say, the Orange Menace occupying the White House  definitely falls into that category.  Words cannot describe my loathing for him and his group.  On top of of which, he has decided that the last few countries who were are friends need to know "who's in charge," and wants to teach them a lesson.

To my friends in Canada, and the rest of the world - PLEASE know that he does not speak for me, or for a large number of people in this country.  He is just simply one of the most terrible persons ever, and has always been that way.  I've got nothing, as far as understanding or explaining why anyone supports him.

I do my very best to try not to talk about it here, but lately he has just gone above and beyond, even for him, and I just want any readers who are not from the U.S. to know that I do not support his actions, his behavior, or his ideas.

God help us all.  Now onto the week. 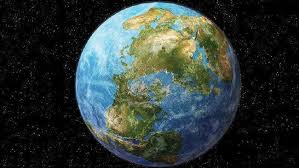 I hear you, and agree! Well put!

I totally agree. He is so much worse than I expected -- and my expectations were not good!
I'm trying to spend less time reading about him.

You have to seriously worry about a man who aligns himself with the two harshest dictators in the world --- Putin and Kim Jong Il. Now I KNOW, Putin was "elected", but......

I think he's just jealous that Merkel is tougher than him and Trudeau is better looking.

I agree with you completely, and I am embarrassed that he represents America. I have zero respect for the man.

Amen! And, likewise, I am worried sick for all the families being separated as they try and come to our country.

The harm he is causing is irreparable; his judicial appointments across the country are changing the United States for our lifetime. His sickening behaviour has lowered the standard across the country and allowed the norms of civility to be ruined. Those of his ilk are proud to be deplorable. And his party is fine with it all. It's just so deeply disappointing.

Yup! right there with you and most everyone else (how anyone can still support him is beyond my comprehension). It is appalling, embarrassing, disgusting, frustrating, maddening and so very, very tiresome.

You nailed it. I spent the whole weekend making apologies on Twitter.

I have hated him for about as long as I have known of him. This whole farce is just so humiliating.

Thank you for your kind words and thoughts. We are all so shocked and appalled by his words and actions toward our country. . It’s all over our news. But really not surprising considering the source. I feel really bad for all the good and kind people In your country.

No need to apologize. You are not responsible. All he's doing is making himself look like a petulant child (did you see the picture with all the other leaders standing around, and Trump sitting in the chair with his arms crossed... totally sums him up!)
America, Canada still loves you, we're the best friend who will wait patiently for you to kick this loser to the curb, and take you out for beers when you do!

God help us all with this baboon in charge, yet so many people still believe in him! That is the outrageous thing to me, how can anyone in their right mind think he is doing anything right? Hate might seem be too nice for this gut and all those in the government that are okay with his policies, tweets and horrific behavior.