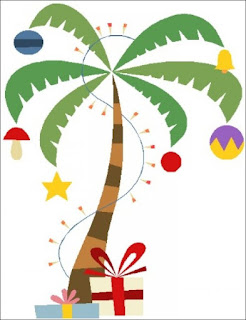 I'm sorry for anyone who is disappointed this week, but rather than a knitting-related prize, I have one for those who enjoy counted cross-stitch.  I know some of you do more than one craft, so you may not be as disappointed as others, but it seems only fair to branch out with some of the prizes.

For the second week of Christmas in July, the giveaway prize is this one: 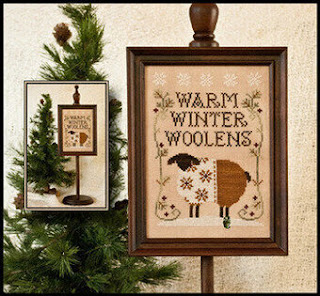 OK, so it's not completely as pictured above, BUT - it is a kit that includes the pattern, all of the floss needed, and the fabric, so I think that's a good deal!  As a matter of fact, I thought it was such a good deal, I purchased it on two separate occasions.  😲
Sigh.  Yes, I had seen this on the Floss Toss podcast, on one of the early episodes, and I loved it!  So I found a kit on 123Stitch.com, and bought one for myself.  Then a few months later, I remembered how much I liked the project, but did not remember having purchased the kit - so I bought another one.  Only when I actually went to pull it out and start stitching, did I realize I had two of the same thing.
Two good things did come out of this experience, however: 1) I now remember to check before I even look around online for any cross-stitch projects, and 2) I had a stitch prize for Christmas in July!
Interested?  Well then, to be considered for this prize, let me know the following:
What is your favorite TV show ever?
Let me know in the comments on this post only.  You have until 12 noon (U.S. Eastern Daylight Time) on Sunday, July 18, 2021.  I'll once again call on the random number generator, and announce the winner in a post on Monday.  And don't forget - any comments will also give you an entry into the final prize for this year!
My answer?  My favorite TV show ever is "Mr. Ed."  I have always loved that show, in spite of how ridiculous it is.  Mr. Ed had the best lines, and I used to love how he used the telephone, watched TV, and would not say anything if anyone other than Wilbur was around.  I still watch the reruns, and you may be interested to know that on more than one occasion, I have won a Mr. Ed sound-alike contest.  Talk about hidden talent, right??  (Most people prefer it remain hidden.) 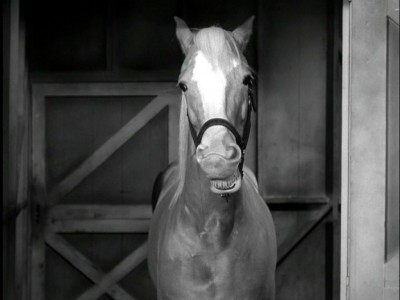 Ok here goes. As a kid it would be a toss between the Jetsons and the Flinstones. As a young adult I would say MASH. So much so I once sat on a couch with a squirrel hiding behind the cushion while I watched it. That is a story in itself. And now as an old girl likely the Sopranos for shock value or Vera for my mystery mind. Have a great day. Count me out. I am a loser for cross stitch. Love the look. Just clumsy I guess. Cheryl aka seajaes on Ravelry

Oh - that's a tough one. There have been so many good shows come out in the last 10 years or so.
If I had to pick one... I'd go with Murdoch Mysteries. It's Canadian made - and centres around a detective in Toronto in the late-Victorian, early Edwardian era. It's a drama, but it's light-hearted and at times silly. It brings in all kinds of "history" but in a very historically inaccurate but bu fun way. (Murdoch has met all kinds of famous people, Nikola Tesla, Sir Arthur Conan Doyle, Marie Curie, a young Winston Churchill, Harry Houdini...).
If you haven't watched it, check it out. I think you might like it:
https://en.wikipedia.org/wiki/Murdoch_Mysteries

Just one? gosh, so hard so I'll give you two favorites for different genres ;)

My favorite as a child was Beverly hillbillies and Gilligan's Island. But as a adult I love Great British Cooking show(don't know why). I have not stitched in years, would love to try again.

Hi Bridget, I want to thank you for the first weeks giveaway. I am so excited about winning. I just sent you an email with my address. Have a good week. Karen PS please exclude me from the cross stitch giveaway. I have more than I need in my stash.

House. Simply, House. I still watch reruns every.single.day. It's almost like Rocky Horror for me and my husband - we know what gesture, what CLOTHING the characters will wear... teabird

I knew it! (Is this an indication of how long we've been friends?)

My favorite is Mystery Science Theater 3000. Play any random episode at any random time, and I'll watch. And laugh. I've told my children that if I ever become too unruly, they should turn on one of a few specific episodes (they know which ones) to placate me immediately.

I've done that with kits before. I bought the same wedding sampler for Daughter twice and I accidentally did the same thing with The Sheep Virtues.
My favorite TV show of all times? It's a tossup between Friends and Gilmore Girls. I have watched them both on repeat so many times I can recite the lines. I watch one episode of each every night before bed to de-stress. It's better than meditation. Not a big fan of the reboots and the reunions though. They should have left well enough alone. I would also like to mention Northern Exposure which I loved back in the day but since you can't find it anywhere anymore it doesn't deserve a place on the favorite list. Something, something, music copyrights, something, something.

I think I'll have to say either "The West Wing" or "Sports Night". They're sort of related.

I have to say my favorite tv show is/was The Big Bang Theory. Quirky Sheldon and Dear Amy, Penny and Leonard. I am sure hoping there’s a reunion show in a few years so I can meet their kids.

My favorite show as a kid was Lost in Space. As an adult I loved China Beach, Frasier,and House.