For Once, I Wish It Was Not Friday

You can probably guess why - it's my last day of vacation.  I shouldn't complain, because I had a really lovely week (well, interspersed with whatever dr appts I'd managed to fit in, so as not to have to use time in a work day), but in some ways the fact that it was a lovely week makes it worse, you know?
Anyway, I did have - and am still having - a really great vacation week.  The weather was not at all cooperative, it was in the high 90s temperature-wise, with thick, ick, humidity every single day and then not that much cooler at night.  So except for necessary things, I pretty much stayed inside.  I tell myself that when I take some time in the fall, I'll be able to go out for long walks, etc. then.
Staying inside though, did mean that I was able to do some things on my own schedule that I usually just have to fit in among everything else, so that was a real bonus.
For instance, I sewed four hanging kitchen towels: 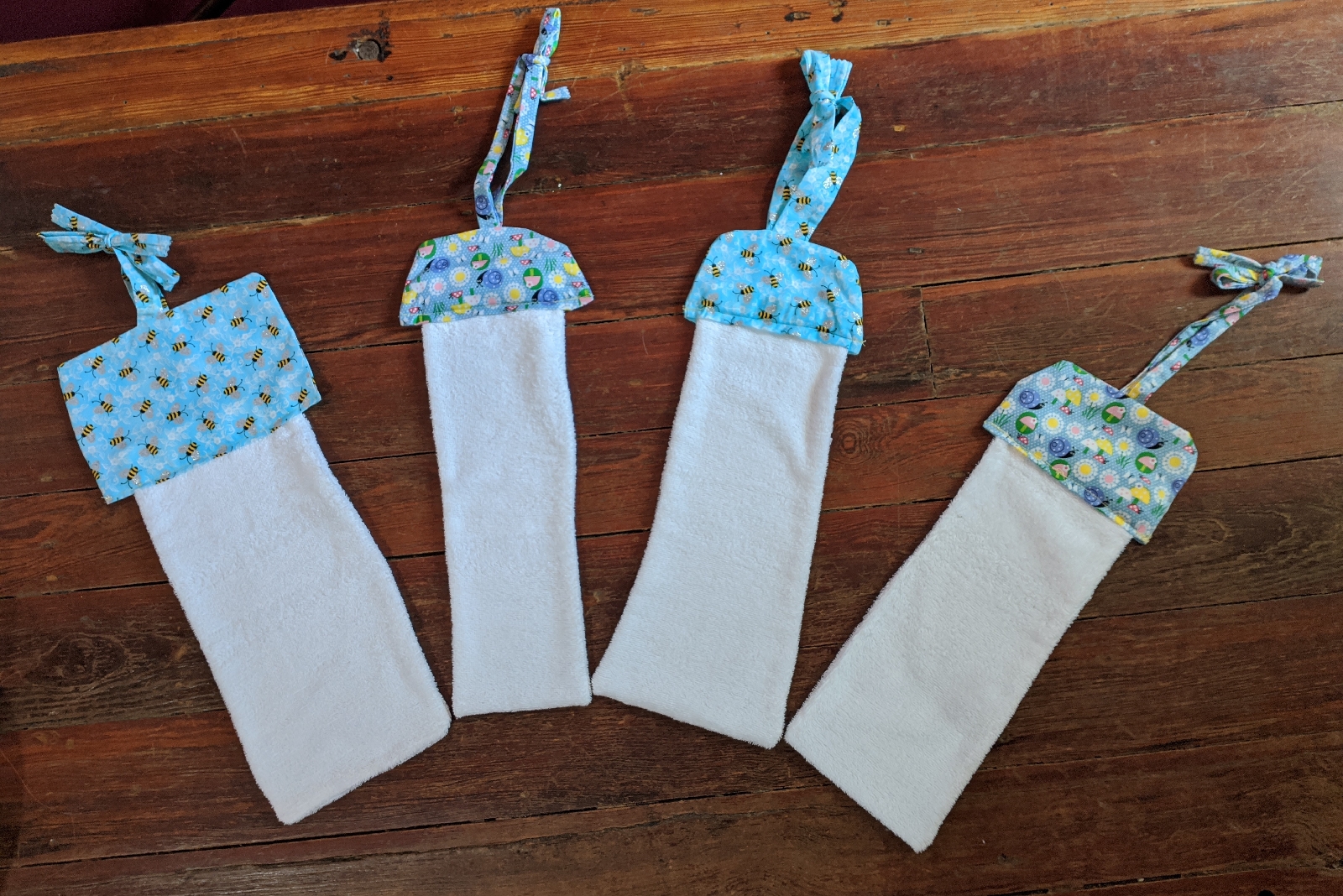 I didn't have a pattern to work with (no kidding, look at the wonkiness!), but I am happy with the results nonetheless.  These are for us, and they are usable and cheery, so I'm pleased with them.  We really like the hanging kitchen towels, and they are not that easy to find.  So a couple of months back, when I was at a Joann's Fabrics, I bought some terrycloth and some cotton to make these.  I still have enough for a few more, but my plan was to get at least four made this week, so there you go.
I also did lots of reading - I mean for a few hours at a go, which is just THE BEST!  To sit and read and not have to worry about when your lunch hour is over, or if you are supposed to be doing something else or be somewhere else, is such a nice luxury.
I also worked on some knitting - my summer top got some attention, and I started a birthday gift for one of my nieces:

This is the beginning of the Lightweight Hipster Shawl.  The niece I'm making it for as a birthday gift is truly a hipster, so I thought it was a good fit.  As you can see, I have only the first part done; I stopped at the next part, where it starts dropping stitches, etc., because it was later in the evening, and I didn't want to challenge my brain OR mess it up and have to start over again at that time.
I do have a funny story from one of my dr appts. I see a cardiologist yearly, and I really love this guy.  He is so personable, and such a good communicator.  Anyway, he was saying that he didn't quite agree with something about some test results that my internist had told me.  But, as he said, "It's not that big of a deal, it's not like I'll fight her on it.  Besides, I think she might be able to take me."
So I told him that periodically, The Tim and I will discuss that if we ever got into a physical fight, who would win.  He thinks he would win, because he is bigger and stronger, but I always say I would win because I'm meaner.  The cardiologist laughed, and then he said, "Wow. Sounds like when Kierkegaard and Nietzsche would get together to discuss the meaning of life."  That just cracked me up!
And that, friends, is the story of What I Did Over My Summer Vacation.  As I said, it's still happening, at least until Monday, so there is some comfort in that.  But I'm really happy that I had such a good week because I wanted it to be that, and for once nothing put a wrench into it.
I hope all of you have a good weekend, and are able to just enjoy some time the way you would like.  Don't forget that Sunday at noon is the last chance for you to comment on the latest giveaway post here.
Take care, and I'll announce a winner on Monday.  In the meantime, I thought you might get a chuckle out of the cartoon below.  Take care, everyone! 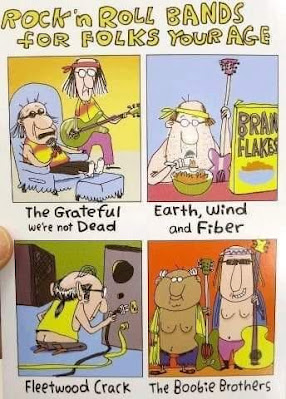 I love those hanging towels. I have to use a clamp on mine because one of our kitties likes to pull them down and sit on them. I hate that.
Your cartoon cracked me up. I follow a lot of my old favorite musicians on Twitter and it's crazy seeing them so old. I can't believe Ringo just turned 81.

Glad you had a good vacation week.

Sounds like a good vacation to me! I love the towels - wonkiness and all!

The cartoon is terrific. Earth, Wind, and Fiber is too funny. You could add yarn to that one for us.

I'm glad you had a good vacation despite this horrid weather. I'm starting to join your I Hate Summer Club. It's been beastly in NEO or it's been raining.

Love the cartoons Brigit. Im glad your time off was really really good!

So glad you are having a wonderful week my friend, you deserve it.

You are so right about uninterrupted reading time. One of the best things about retirement is how much time I have for reading.
The end of vacation is always sad, even when it’s hot. And it’s hot all over. I don’t think it’s avoidable any more.
I do love the doctor story. Who doesn’t want a philosopher physician?