My vacation must end.  Sigh.  Tomorrow it's back to my depressing and frustrating job (I've already started back with my anxiety dreams!), and the schedule that is determined by someone else.  Such is life, and as I always tell myself, the good things are better because they don't happen all of the time.

And it was a great week.  Lots of day trips, lots of time with Dug and the kitties, lots of knitting and reading, lots of catching up on shows/movies we had recorded.

When I last checked in, we were having a day at home to wait for a furniture delivery and I had  haircut appt.  We are thrilled with our new chairs!  They look nice in the room - actually make the room look larger - and are really comfy.  I have been enjoying rocking in mine.  The cats are shocked because of course SOMETHING HAS CHANGED and that is always suspicious as far as they are concerned. ;-) And you know how it is, just one new thing makes the whole place seem new.

Thursday, we headed to the Barnes Foundation for the very first time ever.  We had seem some selections years ago at an exhibit at the Philadelphia Museum of Art, but had never visited the mother ship.  This was largely because it used to be in the 'burbs, and access was extremely restricted and reservations had to be made months in advance.  Once it moved to the city, it was within walking distance, but pretty expensive admission prices kept us from going.  At the beginning of last week, The Tim received a notification of a Funsaver that allowed you to purchase tickets for half price - meaning both of us could go for what it would usually cost for one person.  So we took advantage of it, and went first thing on Thursday morning.

Absolutely wonderful.  Lovely, amazing, whatever you want to call it.  Of course, I am fan of the Impressionists, and there were lots of those paintings.  We did learn that Mr. Barnes had the largest collection of paintings by Renoir in the world!  They are arranged the way he had them arranged in his house, which is somewhat random, and which makes some hard to see up close, but it was still so much fun to see the art!  I learned that I like Henri Matisse much more than I realized before.  Which is fine with me, but I was kinda surprised.  The visit took up the better part of the day, and then we took Dug to his rehab appt.  For some reason, I had pad thai on the brain, so we went to a nearby Thai restaurant for dinner.  A good end to a perfect day.

Friday, we used the day to work on things around the house.  We'd each made a list of five things we wanted to do over the week, and both of us had house and garden/deck things on our lists!  So Friday was our most productive day, but since we had wanted that, it didn't seem like a day of chores.  Does that make sense?  Then Friday night we went to Rita's and got gelati, and took Dug with us.  Both of us had also put "Do something special with Dug" on our list, and he LOVES Rita's!  He was one happy pup, let me tell you (we were pretty happy too).

Yesterday was "gardening" day.  The Tim worked on his vegetable plants on the deck (he'd refinished it on Friday), and I worked on what I am calling Project Garden Reclamation.  We have a lovely enclosed garden on one side of our house, and for various reasons, over the past few summers, we have not done anything with it.  As a result, weeds, overgrown bushes, etc. had taken over and needed to be dealt with. I spent the morning pulling weeks, and getting things so that you could see the exposed brick again. Another thing on both of our lists was "get a new dishwasher."  The dishwasher that was in our house when we moved in ~ 20 years ago was old even then.  It stopped working long ago. and since we want to replace the kitchen countertops (a whole 'nother story), we figured it was time for a new dishwasher.  So off to Home Depot, where - just because we lucked out - the one we wanted was on sale (by quite a lot!).  So our new dishwasher will be delivered on June 29!  YAY!

Today, The Tim had to return to work.  So I spent the morning sweeping up the stuff in the garden from yesterday, and putting it in trash bags to be picked up with tomorrow's trash.  I hereby declare Project Garden Reclamation Part 1 completed.

So the rest of the day has been laundry, bills - the usual weekend stuff.  But I did get out some of my wind chimes and put them out, and that makes me happy.  (There are others, but I have to get rid of stuff in front of them on the storage shelf before I can get to them.  I may have a wind chime problem.)

I really can't complain (though of course I do).  It was a week that was one of the best ever.  Once I get organized, I'll share some of the pictures.  The weekend after next is a long weekend for the Fourth of July, so I have my next thing to anticipate. (I do much better when I have a "next thing" to look forward to.)

Do I wish I had a different job, or that I could afford to work part-time?  You bet.  But I had a week of great vacation, and some people don't even come close to that.  So I'll live, you know? 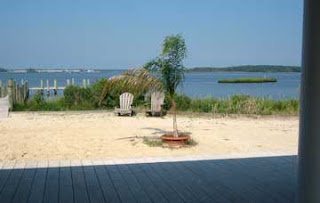 We all need to get away from work. IT is essential. We used to say, like the astronauts, Re ENTRY is a bitch.
Prayers for you tomrorow

I'm glad to read your positive thoughts about the Barnes Foundation. It seems like all that I heard about were the years of litigation, but it's nice to hear that there is also art worth seeing. And to follow it with pad thai is even better! I hope your return to work is less awful than expected, but like you said, at least there's a long weekend coming up soon!

It sounds like a wonderful week, Impressionists and Pad Thai, really what more could you ask for? I pressure washed out by my pool on Friday and Saturday and washed out the garge floor today, really I have the most exciting life!
Hugs,
Meredith

Just reading this gave me that familiar ache in the tummy I would get at Back to School time each year. I always suffered from Sunday Night Syndrome but the back from vacation blues was the worst thing ever.

Sounds like you had a pretty FULL week of vacation! Hope the re-entry back to the work world isn't too awful.

Glad Dug got his Rita's! The idea of him having his own just makes me SMILE!

Whenever I have a horrid day at work I remind myself that I'll enjoy retirement, when it comes, all the more :-)
Amalia
xo

How exciting that you got to see the Barnes Foundation exhibit! And, Pad Thai, mmmm! Outside of work (which I had to do a small bit of as well) your weekend looked fabulous! And, bravo to you for taming those weeds!

Bridget- I saw a documentary about the Barnes exhibit, and there was some sort of scandal?