Before we go much more into June, I wanted to give you an update on May's contributions to Harry's Hundred.  Only three more things this time around, but three more helps the overall count, and more importantly, three more mean that that many more people will be helped by receiving something someone made for them, hoping it will brighten a day or bring on a smile.   That's really what I want this project to do - the number is 100, but the items and the recipients are what really matter.

I do have to say that GringaTurista (Rav page) is probably the one person who is making the numbers go up - she apparently is not just a speed knitter, but also does tons of knitting for charity.  When I think of how many people receive things she has made, I imagine nearly everyone in the world receiving something!

Anyway, here are her two contributions for May. 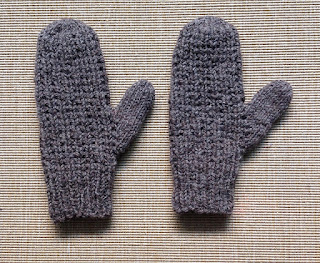 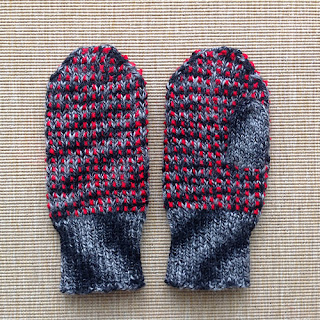 I think she will be responsible for so many cozy hands once cold weather returns! 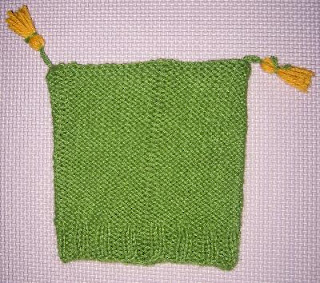 This is a baby-sized version of my own pattern for the Zach Attack Hat.  It's a little bit funky in spots, but much cuter in person, and I am hoping that some little one will be what makes it really look good.

Granted, at the rate things are going, we may very well not hit the goal number.  And though I have to admit that would be slightly disappointing to me, I am blown away that there are so many things already made and donated/ready to donate as part of this project - I'll take it!  :-)

Hopefully, I can get myself in gear to make more things - I just recently convinced myself that they don't need to be major items (hence the baby hat), so that may very well help my contribution level.

Thanks to all who have participated, and who are still planning to participate.  I can't tell you how happy it makes me when I find out that one more thing has been added.

You may have noticed that I [finally] figured out how to make links open in a new window.  It used to be part of the settings for the blog, but I recently learned that now it's a check-box in the window that opens for adding a link.  Better late than never ...

Posted by Bridget at 9:19 AM
Labels: Harry's-Hundred

Awesome little projects. Love the tassels on the hat. I can just picture them bobbing along on a little one's noggin!

Great projects for your great cause.
Hugs,
Meredith

33 is great! When is his birthday ? when is the deadline?

Great contributions to a worth while project. Good for you!
Amalia
xo

I've got 2 hats, 1 scarf and a pair of fingerless mitts to add to the total. Sorry not to have let you know sooner.