Hello all - sorry for the radio silence here.  I really hadn't intended to be absent last week, but I had no energy left for just about anything after I'd get home from work.  Our Wise Overlords decided that a) we needed a new computer system to do our work, b) we didn't need formal training, we could just "Google things," and c) we still had to keep up with our regular level of production.

It was a) stressful, b) aggravating, and c) pretty much impossible.

But this is a new week with new stresses, but in theory since last week is over, it will just be the usual type of thing.  Last week though, I'd come home nearly every night after work and just collapse.  I was lucky to stay up past 8 p.m.!

Anyhoo, the weekend was a nice change.  Nothing too noteworthy, just relaxing and doing some small things around the house.  Yesterday, Hamlet and I walked down to an Open House sponsored by Hidden River Yarns at Fairmount Fibers' new warehouse.   I had been invited by Lisa (of Hidden River Yarns) and Hamlet had been particularly invited by another Lisa (of Fairmount Fibers).  I was not really planning on buying yarn, but had also not said I definitely could not.  When Rosie's was open, I could buy any Manos yarn I liked, since Lisa the owner was also Lisa of Fairmount Fibers.  But once that was closed, the closest Manos place is Hidden River, which I love, but is out of the way for me, so I don't get there very often.  Anyway - we got there, and had hardly walked in the door, when this young woman came up to me and said, "You'll have to leave - we don't allow dogs in the warehouse."  I said that Lisa had particularly asked me to bring the dog, and she went to find her.  I talked to a couple of other people briefly, and got to say hello to both Lisas, but the young woman reminded me at least two more times that Hamlet shouldn't be there.  Since it was so busy, and both Lisas were occupied, we just headed home.  Which was too bad, because I had wanted to see some people and say hello, as well as look at the yarn.  But the advantage was that I spent zero dollars, so maybe it worked out in the end after all.  :-)

I am currently between projects.  I want to start another pair of socks, but need to wind the yarn. I though I'd get to it over the weekend, but I did not.  As for my Edie top, I am at a standstill.  The yarn that had been holding sleeve stitches somehow came out (I truly do not know how or when), and I cannot figure out how to fix it.  I'm trying to see if I can find someone who will fix it so I can finish it because I tried and made it worse.  I'm willing to pay (within reason of course) but so far I haven't found anyone nearby.  So I hesitate to start another "big" project until that is truly finished.  I do have two baby hats to make, so I may pull out the yarn for those and get them going.

And that is all of the excitement in my life at the moment.  Nothing earth-shattering, just trying to get through without getting sent to jail for murder ... ;-)

Have a good week, everyone! 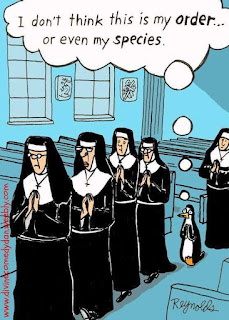 Posted by Bridget at 8:00 AM
Labels: random-stuff, weekends

Work is hell. I forget which famous person said that, but I'm saying it now. LOL.

Yup - work is hell for sure! Hoping this week is better for you. Sorry Hamlet was banned from the fiber. Good luck with your Edie top!

Hope this is a better week.

Tough times....I hope work lightens up for you soon. That sweater drama sounds pretty scary. I hope that works out too.

I, too, hope this is a much better week!

I hope work has "settled" a bit this week. Change can be so disruptive. Sorry about the sleeve . . . I hate when things go wrong and I can't fix it. Ugh. Here's to a less stressful week -- and a bit of time to relax and restore. XO

Work gets more and more insane in this country, doesn't it? I am dreading the wasted time of my first week back at school
How weird about the dog situation. That is just very strange!

I love the visual of you and Hamlet strolling amongst the fibers.