Hello there - I am still among the living, but still dealing with my cold and The Cough That Will Never End.  Not that it surprises me, since anytime I get sick and it involves a cough, I know that part will be around for the long haul.

The other day, I read or heard somewhere that there was a method for stranded knitting that allows you to secure the floats while knitting - as opposed to stopping to pick up and put down different yarn, which is what I have had to do with the very few colorwork projects I've ever knit.  It was mentioned as being included in the instructions for a pattern which I had not purchased.  I did have a pattern that I was going to start which had a tiny bit of colorwork, so I thought to myself, surely someone else has done that, or something similar and posted it on YouTube, right?

Right!  You can see for yourself here.  It's not the only one out there, but this is the method I tried and could "get," so to speak.  Of course, it doesn't matter how easy it is or is not if you are not paying attention to the pattern ... ahem.

Last year when I finished this sweater  and this sweater, I decided that if I could find another way than just the regular bind off for the neckline, I would use it.  I didn't like the way that the usual bind off made a sort of ridge on the outside.  I asked some of my knitting friends on Facebook, and more than one person suggested the Tubular Bind Off.  Some were kind enough to provide a link, but this one was the one I found the easiest to understand.  I'll admit that when I got to finishing the second sweater, I had to watch it, stop-n-go again, but in the end it was worth it because the neckline finish looks so very nice.

When I finally started knitting my Weekender, the pattern suggested using a Tubular Cast On, and linked to this tutorial.  I have to tell you, I watched that thing about 4 times, and for whatever reason, it made absolutely no sense to me!  So again, I headed to YouTube, and found success, this time by watching two different ones - this and this.  A really good thing about YouTube is that if you can't understand one person's video, there's a really good chance that someone else has made one that might turn on the light bulb in your brain, so to speak.

Here's the advantage, as far as I'm concerned:  if someone shows me something, and I can't remember exactly how it was done, I can jog my memory using illustrations in a book.  But - I am not a person who can easily figure things out with just a printed illustration.  For so many years, I would give up on trying to learn new techniques with my knitting, because no one could show me, and the photos/drawings in books meant nothing to me.  Now, with YouTube, online tutorials from yarn stores or other knitters, you can actually see in real time what is happening.  You can freeze frame to be sure you are doing it correctly, or slow it down to your preferred speed.  And in my case, at least, that is beyond helpful.

Granted, there are still plenty of things that are more easily learned one-on-one, in person.  None of the online stuff will ever replace a good teacher sitting next to you.  But today there are so many opportunities for learning things if you are lucky enough to have access to a computer.  And how many times do you hear or read that one of the ways to keep your mind healthy is to learn new things?

I like to think that with just the three things I've mentioned above, I've bought some extra time for my brain.  And even if I haven't, for now my horizons are so much wider! 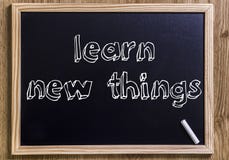 I can't imagine trying a new knitting technique WITHOUT You Tube these days! My goodness, how did we manage in the Dark Ages??? XO

I learned that stranding technique from an old book by Kaffe Fasset. It makes life so much easier. I also just learned how to do it with either hand. It changed my life. I used to have to put it down and change hands but now it just flies.

We live in a wonderful age and youtube is AMAZING!

I wish that cough would leave you and never come back!! You tube would have been wonderful back in the 80's when I was learning all the new stuff, ha ha.

I use YouTube for everything. I found some great videos that helped me after my knee surgery last summer.

I was that way with Kitchener Stitch. The flat diagrams made absolutely NO sense to me. One YouTube video and I "got" it.

I am with Kym... what on earth did we do before YouTube??? It is just amazing the things it has!

I'd be a Nowhere Knitter without YouTube.
And that cough? My husband has had it for two weeks; we both hate it, and so do the cats.

Good on you for finding help. I should look much more often than I do.

Learning new things is amazing. I think it is key to our brains staying healthy. I am trying to learn sign language and you Tube is great!

I agree with you on needing to see it demonstrated first. Book illustrations do not cut it for the first go. I am taking an in-person quilting class and she gave us some printouts. I looked at them before she demonstrated a technique, and I had no idea what to do. She showed us, and I was like "Oh, that's easy!" Thank goodness for YouTube and local stores!!

Ill or not, you've been busy. I love Youtube for the same reason. We are different learners and it's great to have options on "how to" do something. Also production value. I get frustrated when the video is not zoomed in enough, because I don't always see well.

I'm not learning any new knitting techniques right now, but I have nothing that is spurring that on. In fact, I like my knitting as dull and relaxing and quick as possible right now. But this too is a phase, lol.