Signs That Make You Laugh

In a comment on my previous post, KSD said that when the movie "Clash of the Titans" was playing in the theater, the one near her had it on the marquee as "Clash of the Titnas," and now that is how she always thinks of it.  That made me laugh, because when the movie "City Slickers" was out, the theater near where we lived at the time must have had a *very* limited supply of the letter Y because the marquee said, "Now Playing - the Hit Comedy 'City Slickers' Starring Bill Crystal."  I guess they really needed it for his last name, so they skimped on his first name.  Needless to say, from then on in our house, his name has always been Bill Crystal ...

And then that reminded me of memes and such I've recently seen with funny signs, so I thought what better way to start the month of October - and a Friday to boot! - than with some signs that will hopefully make you laugh.

I will admit that I love this kind of thing - one of my favorite signs ever was at a local jewelry shop in the town where we lived at one point.  It was in the front window and said, "Ears pierced while you wait."  So no dropping off the ears to be pierced and picking them up after running other errands!

Then there are these kinds of educational signs: Go figure.
A friend posted this one on Facebook, and I think that most of us can appreciate the sentiment: 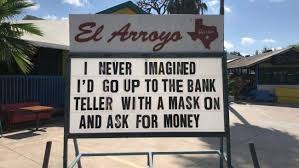 My sister e-mailed this one to me after a phone conversation where I was ranting about how stupid I think gender reveal parties are. 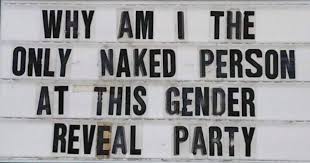 Writing this post, I also remembered one of my favorite signs from a trip to Ireland, so I poked around for it on the interwebs, and though I found it, this one had some graffiti added (hard to see, but behind the car, someone has drawn a stick figure that is "pushing" the car) - but the idea is still the same. And finally, an old fave that occasionally shows up on some of the telephone poles around the city.  It cracks me up Every. Single. Time. 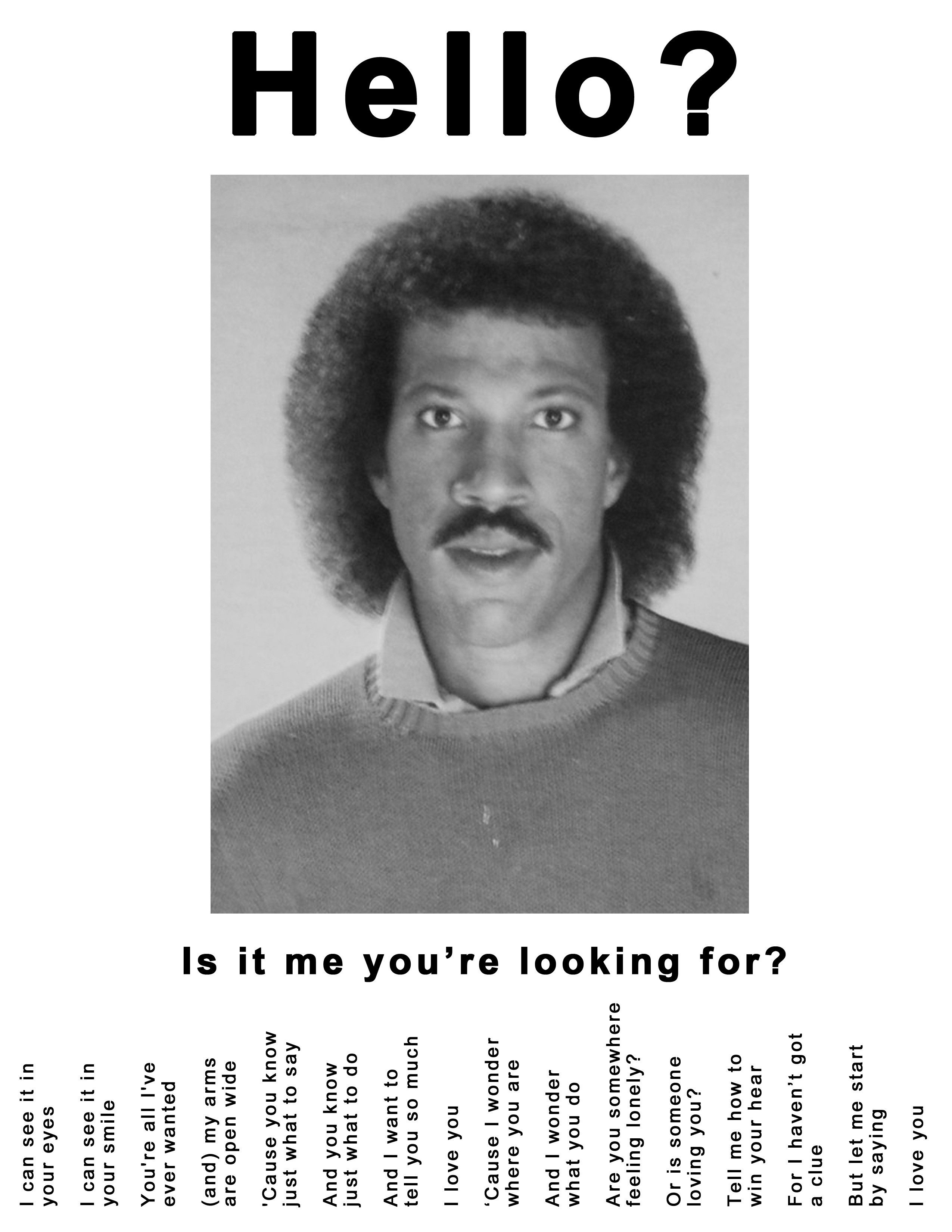 Have an enjoyable weekend, and Happy October!  I hope you have time to do some things just for you ... maybe take in a movie with Bill Crystal??
Posted by Bridget at 9:56 AM
Labels: fridays, funny, weekends

Hah! Love these. Especially Lionel Ritchie. If you read the print Consumer Reports, they always have a column of stuff like this that readers have sent in on the back page. My favorite part of the magazine. (On a separate note, my mother passes these on to me. Somehow she is still determinedly subscribing to it, even though she is 87 and lives in a senior village. Go figure.)


We have a "Deer" sign up on Ferry Rd. Someone has taken to putting hash marks for all the deer that have been hit OR as I like to say --- the number of deer that have taken out a CAR!

I've always held that one has to be smart to be funny, but it turns out stupidity works, too.

I needed that laugh today. Thanks!!!
My very favorite sign was the one that some clever person painted on a bridge that went over the Capital Beltway that said "Surrender Dorothy" right after they built the huge Mormon castle thing that was in plain view from the highway. I still laugh about it every time I round that corner and see that crazy looking tower. They should have left that graffiti up. We could all use a good laugh but I guess the Mormons didn't think it was funny.

These are hilarious! Thanks for the morning laugh!

The Lionel Ritchie one is epic. If that showed up in my neighborhood, no way I wouldn’t tear off a lyric.

I have to share those with my pals. THanks, needed laughs today!

I, too, am a Big Fan of silly signs. Thanks for sharing some of your favorites! (And we once drove past a restaurant promoting their delicious "Salsiberry" Steak. So you can imagine where we've gone with that one . . . ) XO