Well, it's finally starting to feel like December. Today it was cool and sunny, and a little bit too windy. But I'll take it. I only put up with summer so that I can enjoy the rest of the year, so when summer keeps returning, all the way through November, it just kills me! (I am pretty sure I am one of the few people on earth who get Seasonal Affective Disorder in the summer!)

Anyway, today I went out and about to do a little bit of Christmas shopping, and the weather made it seem very festive. Then when I stopped at one place, they had a string orchestra playing Christmas carols. It helped me get out of the icky mood I'd started the day with - you know how it is, when you wake up early and can't go back to sleep, not because you are ready to get up, but because you have a headache?

My mother's birthday is today. She died back in 1988, but I think of her all of the time, and I miss her. She was a lot of fun, and always enjoyed celebrating her birthday. I remember one time I asked her why she didn't get upset when people asked her how old she was (like other kids' mothers seemed to), and she said, "Well for God's sake, Bridget, if you aren't getting older then you're either dead or a damn fool." And that was that. I will admit that I agree with her, especially after the past couple of years.

One thing she absolutely loved to do was to play games, cards, go to the races, anything that could be "enhanced" by playing for money! Yep, even as a kid, I can remember that we would play for a penny or a nickel a game, or she would keep a running tally of how much we "owed" in any given game. She is the only person I ever met who figured out a way to play Trivial Pursuit for money! (In case you are wondering, it's a quarter a game, and a nickel for any pie wedges that are empty when someone wins. There, now isn't that more fun??)

I know that she would have loved to had the opportunity to go to college, but when she was young, not very many women went to college, and there weren't a lot of opportunities for women from low-income families to obtain funding. Fortunately, she was someone who enjoyed reading, learning, and observing, so she was smarter than most people who did go to college ...

She was famous in the family for some of her expressions, which were not things anyone else's mother ever said, and not that easy to figure out. When you asked her what they meant, she would always say, "I don't know, my grandmother always said that." For example:

When it was really hot and humid: "It's hotter than Billy be damned!"

When you got a cold, right after you had gotten over a sore throat or some other ailment: "It's either an ass or an elbow with you, isn't it?"

When you'd say that you were nervous or worried about something: "If you were born to hang, you'll never drown."

When she said something, and you hadn't heard it, and asked her to repeat it: "You heard me, you're not blind."

Then there was her general response for most things. Whether she knew the answer to your question or not, if she thought it was stupid, all she would say was, "Oh good God!" and the tone determined whether or not you dared to continue ...

She would occasionally get her terms confused, and tell you something that would just be really puzzling until you figured out that she used the wrong word or name. One favorite example of this is a conversation she had with Tim one time, after telling us how a daughter of one of her friends was moving to Philadelphia.

Mom: Mary's daughter is moving to Philadelphia next month, to go to school.
Tim: Where will she be going to school?
Mom: She got a grant to attend some school there for two years, and when she's finished, she'll be a paraplegic.
Tim: Wow. Do you think there's a four-year program, if you want to become a quadriplegic?
Mom: Probably.

When we pointed out that she meant "paralegal," she just said, "Whatever, you knew what I meant." Which was true.

Mom, I hope you are having good time in heaven, playing cards with Dad and everyone else!

Two Things I Do Not Want for Christmas

This is just wrong: http://www.catirinabonetdesigns.com/index_files/page0077.htm. At first, I just thought it was terrible that someone designed and sold the pattern. Then I decided it was worse that someone would buy it and spend the time to make it!

And this is just unfortunate: http://www.berroco.com/exclusives/footsie/footsie.html. 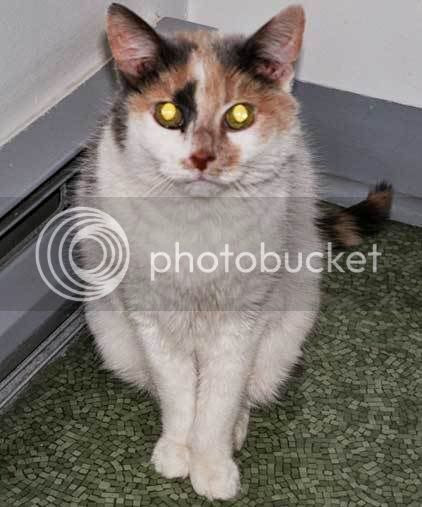 Oh Bridget, what a lovely eulogy to your mom.

Lovely, lovely tribute - what else can I say about it?

(I'd have plenty to say to whomever designed those monstrosities...)

I sincerely hope my dad is playing cards with your mom. I think they'd get a real kick out of each other. :)

i love the stories you tell about your family, especially your mom. a very happy birthday to miss gerri!

I can only see one use to the footie pillow - maybe it would keep my kids in one place for longer then a second.

Such a loving tribute for a special lady thanks for sharing.

Now about those patterns. Did you notice the first one has a link to win free patterns from there? Uh just say no.