This post is actually related to two things I participate in: 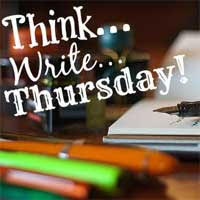 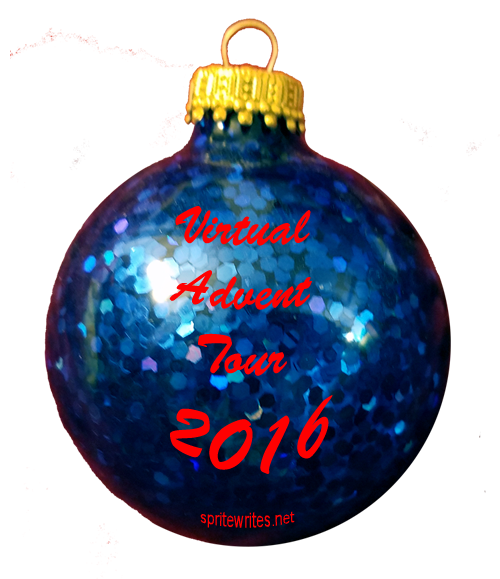 Carole and Kat's Think Write Thursday, and Sprite's Virtual Advent Tour.  And as it so happened, both asked us to write about our favorite holiday tradition.  I have thought long and hard about this, and I cannot choose just one, or even decide if it's more favorite than another.  Instead, I've decided to write about something *related* to a holiday tradition in my family.

Our big Christmas meal was always on Christmas Eve.  This was largely because my parents were incredibly social, so Christmas Day, after church, we'd be lucky if we ever got near a meal, between people stopping to visit us, and us visiting others.  So about the time I was 8 years old, my parents decreed that our big family meal would be on Christmas Eve.

Something to keep in mind is that it was seldom ever just our immediate family.  There were always extra people, friends of my parents who might not have anywhere to be, friends of my sisters who weren't going home for Christmas, orphans from the orphanage where my great-aunt (one of the nuns previously written about) who had no where to go, and I don't know ... just others.

Also, my parents tended to go all out at Christmas.  We were relatively poor, but they would take money out of their savings, and use credit for Christmas - both for foods and for gifts.

So that's the background.

One year, my father realized that his Uncle Bill and Aunt Viola would be alone at Christmas for the first time, as both of their adult daughters had found jobs in California and wouldn't be able to travel home.  They didn't make plans to go to California, because according to my father, Uncle Bill was "so cheap he would not pay a nickel to see Christ jump off the cross."  (Yeah, I know.)  So my parents decided to invite them for Christmas Eve dinner.  When my mother called to invite them, she told Aunt Viola to feel free to bring anything that was something they generally had for Christmas dinner, and it would be included.  Aunt Viola said that she would bring homemade noodles, because they were "Bill Arthurs' favorite."*

Aunt Viola was a good cook (or, as my father said, "Does it just seem that way because you never get enough to eat at their house?"), and the idea of homemade noodles was exciting to all of us, particularly since my mother never really made homemade anything.  So we were all looking forward to trying them.

Fast forward to Christmas Eve dinner.  Everyone is there, and the table is COVERED with food of all kinds.  There's talking, laughing, drinking, eating, and at some point during the meal, Aunt Viola asked my mother about the noodles.  My mother responded in a surprised and contrite fashion, saying that with all the people and all the food, she forgot to fix them.  Disappointing to be sure, but it's not like anyone was going to go away hungry.

Only after every single person but our immediate family had gone, did we learn the truth.  Aunt Viola arrived with a small baggie of homemade noodles - enough for a serving for Uncle Bill!  My parents said there was no way in the world (well, they said it more colorfully) that they were going to cook a single serving of something for one person.  My father claimed this was further proof of their cheapness.  My mother pointed out to us that, "Well, it *is* your father's family."**

But sadly, neither includes homemade noodles in any amount ...


*Our last name was Arthur.  However, Aunt Viola always referred to Uncle Bill as "Bill Arthurs."

**My mother was from a small family, and had cousins rather than siblings.  So she enjoyed pointing out to us the failings of my father's family.  :-)


P.S. If you want to sign up for the Virtual Advent Tour, go here.   It's fun and there are still some slots left!
Posted by Bridget at 11:45 PM
Labels: Christmastime, think-write-thursday, traditions, Virtual-Advent-Tour

Hilarious noodle story! I was just telling The Mister about how our neighborhood, when I was growing up, was one big party on Christmas Eve. Everyone opened up their houses and put out plenty of food and booze. We watched from the top of the stairs as our parents danced and laughed the night away. Christmas Day was a quiet one probably due to all the hangovers. We also always had homemade noodles on Christmas Eve in lasagna since our landlady (we rented the top floor of her house) was right off the boat Italian. We still have our Christmas Eve lasagna in honor of our dear "Aunt" Savia but now I use a box of noodles. Those were the days.

That is hysterical! Thank you for sharing such a great story with us!

My college roommate and her siblings pronounce their last name differently than their dad does, but your aunt has them beat!

Oh my! Now you will never know whether they were GOOD homemade noodles. LOL

That is a very funny story.

I wish I had photos of my Mom making noodles (enough for everyone). She was a pro, and they were delicious!

Very funny! Thanks for sharing and Merry Christmas🎄

Oh my! Your mother was a gracious and polite hostess and a very tolerant In-Law.

I have to tell you that I laughed hardest at your father's saying about how cheap Uncle Bill was. I have never heard that expression, and it is wonderful. I read it to my 86-year old Catholic mother, who said, "Oh my gosh! I'm...I'm afraid to laugh!"

Terrific story. Thanks everso much for sharing.

I am not, never have been, a cook. Briton, Hannah and I go to IHOP on Christmas Eve, then come home and bake cookies. We believe in Christmas being only Christmas, so staying out of the kitchen except to grab said cookies for nibbling is a necessity.

Great story Bridget...laugh out loud funny. Thanks for sharing.

Awesome - a fun read, and sounds like a great "lemons to lemonade to llimoncello" story... at least in terms of coping with the holidays!

Those are the memories that stick around the longest - the quirky, funny things unique to your family. Thanks for sharing yours. I love it! The idea of taking a single, unprepared serving of an item to a pot-luck meal is hilarious on its own, without the addition of them not being served.

Oh! What a wonderful story! (Those are the family traditions that are the BEST -- those stories that last and last.) XO

Ha! I don't blame your parents. Did they ever get another invite for Christmas dinner?