Well, we're nearly finished with each other, so I wanted to drop you a note to say that although you are on your way out, you were - at least for me - pretty decent, and I appreciate that more than I can tell you.

You see, the year before you was tough on me personally.  And I made it through, and knew I would, but it's a lot nicer to say goodbye to a year that was much better overall.

I hated my job even more than usual this year.  But I had a job, and that made it possible to do things I loved, and to stay in our house, and to pay the bills on time.  More good than bad.

I had a few health things that would have been nice to avoid, but none were awful.  Two colonoscopies in six months was pretty crappy (HA!), but now I don't have to have another one for two years.  Thanks for that.

I didn't get as much knitting in as I would have liked to, and my beloved Rosie's Yarn Cellar closed.  But I have plenty of yarn, plenty of ideas, and so many friendships I would not have if Rosie's was never a part of my life.  And there are other fabulous yarn stores in Philadelphia, so, yep, I'm good.

I didn't read all of the books I'd hoped to read, but I liked most that I did read, and I actually started borrowing more books from the library.  Good for me, and good for the community, as public libraries are one of the most important American institutions.

Terrible things happened to people, at the hands of terrorists, and also at the hands of those they knew and/or loved.  No one in my immediate family died, or was injured in any major way by anyone else.  That's a big plus.

The Tim and all of the animals are still going strong, in spite of some pretty serious issues for some of them.  That's the best news of all.

The summer was miserable, and the winter has been too warm.  But we never lost electricity during the worst of any weather, nor have we been destroyed by hurricanes, tornadoes, floods, or blizzards.  Good in the overall picture of things.

So many other things I could mention, but I'm sure you are getting the drift by now.  I managed to become an inkling more of the person I want to be during your time, and a lot of it was because of things listed above.  I have ended this year much better than I started it.

I know there are others who can't wait for you to leave.  As my mother would say, that's what makes horse racing.  I'm glad you were here.  You were, for the most part, kind to me, and I have no regrets (what's the point now, anyway, right?).

Happy trails, 2015.  Tomorrow when I wake up, it will be 2016, and it will be perfect with possibilities.  I hope I'm still here to see what is coming. 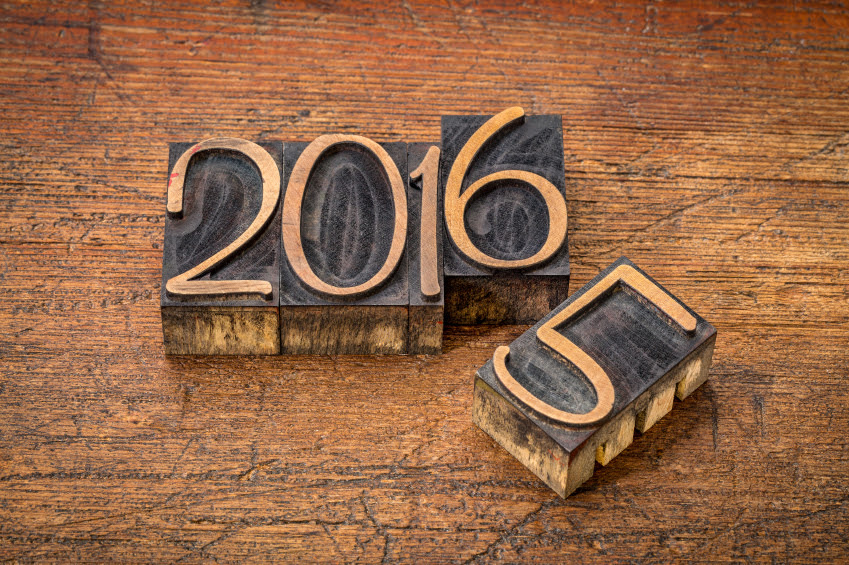 Sending you bright lights and warm wishes for a wonderful 2016!