This, That, and Last Year's Word

Well that weekend certainly whizzed by!  Yesterday morning when I woke up, I just couldn't believe that it was already Sunday - though reviewing the day before in my head, I realized that yes, it was in fact Sunday and the last day of the weekend.  Boo.

Our weekend was a mix of things.  I made a small list of what I hoped to get done, and was able to check off the major things (the minor things are always there, so I don't feel too bad about not doing them).  I always like it when I can do that, but still have time to relax and just enjoy the fact that it's a weekend.  It helped that yesterday was icky and rainy here all day, so I had no desire to venture outdoors other than taking Hammy for some walks.  He wasn't too crazy about getting wet, so he didn't want to stay out too long, either!

Well, I remember when I chose this word, I was full of the hope and expectation that 2021 would be a year that just went forward for me and for the world in so many ways.  I truly believed that the pandemic would move towards ending, I felt that since Joe Biden and Kamala Harris were going to be in office, things would definitely improve, and I also thought that things at work would improve, because I was going to try really hard to make it happen.  Plus so many other things in my life that I was sure would make this word meaningful to me.

So ... this may not have been the best choice for me.  The only thing that actually worked was Joe Biden and Kamala Harris being sworn in, but of course, only after the insurrection. And whereas, they were able to amp things up regarding vaccinations, stimulus checks, etc., almost everything else has been a deadlocked fight, and continues.  And although the vaccine became widely available, it became a whole thing with people and their "freedom" and "Constitutional rights."  So much for the common good.

There was - maybe two weeks? - where we all were told we didn't have to wear our masks 24/7, etc., and people felt a bit more comfortable, but then of course the Delta variant steamrolled in, and well, here we are.

And then, of course there was my workplace.  The less said the better.

I did make some small forward moves - I got back into exercise on a regular basis.  But for the one step forward, I went two steps back when I was injured and had to stop.  Then we went back to work 5 days a week, and I ran out of energy to do anything but make it through the day.  Depression had a good year moving forward, but I did not.

Granted, some things that made me feel like my word was a lost cause were out of my control.  But I never really got myself together to make it work the way I wanted it to, which is the first time that has happened to me since I decided to choose a word for the year.

So I'm moving forward with "forward," and letting it go.  Maybe sometime it will show up for me again and things will go better.  I sure hope so! 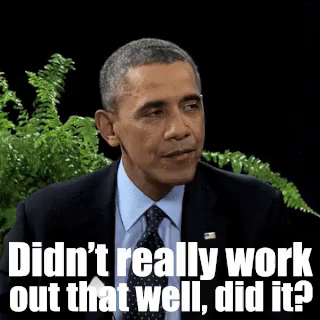 Let's hope this week is at least boring, if not really good!
Posted by Bridget at 10:14 AM
Labels: covid-19, One-Little-Word, weekends

Your intentions were good. It was far worse than we imagined. My therapist says we are in a co11ective grief from Covid. We have to work extra hard to think good, happy things for our futures.
We are staying in. Today. Again. Just read two other b1oggers whose fami1y has covid.

Im hoping the holiday peak is now. I do reca11 those FEW weeks where we didn't mask.
Hoping, praying, and staying.......in that is. I'm fortunate we can.

I think that you did embrace forward by not letting all the awfulness keep you from completely shutting down! The only way through this is---through this. Forward!

sometimes boring is just what we need!!!

I am so looking forward to boring again. I just worked myself up into a royal panic about letting the stove technician in the house this afternoon in the age of Covid. I hope I live long enough to have a good laugh about things like this but right now with a 1 year old grandson with Omicron (he had Delta in September) and a newborn that I can't even go see NONE of this is funny.

I think you actually did fulfill your word of the year. You did continue onward despite all the challenges. You kept moving forward, kept finding small Joys, and kept on keeping on. Did you accomplish each and every little thing? Perhaps not, but you didn't let it completely swamp you or make you quit.

We're all doing the best we can. Maybe our Collective Word for 2022 should be Okay.

That's alot of pressure on teh word. Maybe it was a small forward instead of a bigger one....?
I don't do the word for the year for this very reason. I admire thos eof you who Sometimes I come with a word for a week or something manageable. Tiny goals ;-)