First of all, it appears I'm doing Blogmas - I just realized that so far, I've posted every day in December!  Which is fine, I just had not consciously planned to do that.  I guess it's like KALs - if I don't "officially" commit, it's not a big deal ...

Anyway, today was my visit with the orthopedic surgeon.  It's eight weeks ago that I fell and broke my wrist, and I've so far had four weeks of occupational therapy.  My x-rays showed that my wrist is healing very well, which is the best news if you ask me.  And, she told me that I can "wean off" the wrist brace, giving me specific instructions for when I *should definitely* wear it - but I can do that!  She was somewhat disappointed that I was not further along with movement after four weeks of OT, but was glad with what progress I have made.  The last time I saw her, she said, "At your next appt, I want to be able to shake your hand," and we did shake hands today, so she was pleased about that (as was I).  So now my OT can begin to include strengthening exercises, and I also think that not wearing the brace 24/7 will help with my range of movement. I am due to see her again in four weeks, but my appt is in 5 weeks, since she is not in the office on New Year's Eve.  ;-)

Still no knitting though - but I'll get there!

I used a Floating Day from work and just came home after my appt and OT, and I've spent a couple of hours getting out some decorations.  I know that some people clean their house and then decorate, but I do the opposite.  Getting everything out and placed causes a bit of a mess around here, and God forbid I clean before AND after - especially now when it takes me twice as long to do anything!  Today though I just unpacked some stuff and then ran out of steam.  That's fine, it's always a process anyway.

The weekend was nice, if low-key.  The Tim got us a Christmas tree, and by yesterday the lights were on it, so we have officially started the season!  That's always a good thing, if you ask me.

And that is the news from here. I hope all of us have a good week.  If you are celebrating Hanukkah, I hope your holiday is lovely and full of light, with hope for the next year to come. 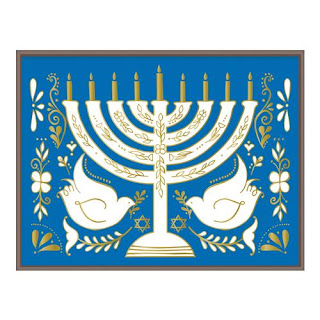 Good news!!! It's been a long road to recovery. I hope the end is near.

I need to get the Tree Up. I think it will help with the gloom in the skies around here. Im happy you shook hands!!! I cant wait until you can knit again!

Good progress! I'm glad you are on the mend. I know it's never as quick as we'd like, but it's going the right way.

I like the Christmas time too. Enjoy the low key happy times :)

Good news and lots of progress! I hope it continues steadily.

Slow but steady progress is a good thing. Keep following doctor's orders and going to OT, and you'll be knitting before you know it.

Glad to hear that your wrist is making good process towards total healing.

A post full of good news makes me smile! I am so happy for your recovery gains! GO YOU!