I Know It Shouldn't Be Funny

Do you laugh at things that shouldn't really be funny?  I have to confess that this is one of my biggest problems - I often find things incredibly hilarious that I know intellectually are not only *not* funny, but shouldn't be seen as such by anyone.

Since today is Three on Thursday, I'll share some with you.  I apologize in advance to anyone who is offended, but by the same token, you've been warned. 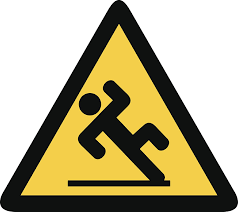 I do know that they are informational for the public, and warning people to be careful, I do.  But the way that this person's fall is being shown gets me every time.  The only thing that could make it better would be if there was a speech balloon and they were saying, "Oh!"  That would likely put me over the edge.  (DISCLAIMER: As a person who has fallen many times, a few of them with serious consequences, it still makes me laugh. Go figure.)
2.  Typos that are beyond unfortunate.  Case in point: Years ago, I was looking through one of the professional journals for librarians, and reading some of the job ads. One was for a position at a "Christian college," and the ad was very heavy on the words, faith, Jesus,  and service. Which is good, because it was a very detailed description of the type of person they hoped to hire.
The name of the position they were hiring was supposed to be: Public Services Librarian.  But either the ad itself, of the person responsible for proofreading, left out a very important letter, and that typo gave the job title a whole 'nother meaning, if you get my drift (it's in the first word of the position, the fourth letter was missing).  Something like this would ordinarily already amuse me, but the fact that this very seriously religious institution was associated with the ad made me laugh until I cried.  And I always wondered if they got a lot of resumes they had never, ever expected to receive ...
3.  People losing things that will never be retrieved. 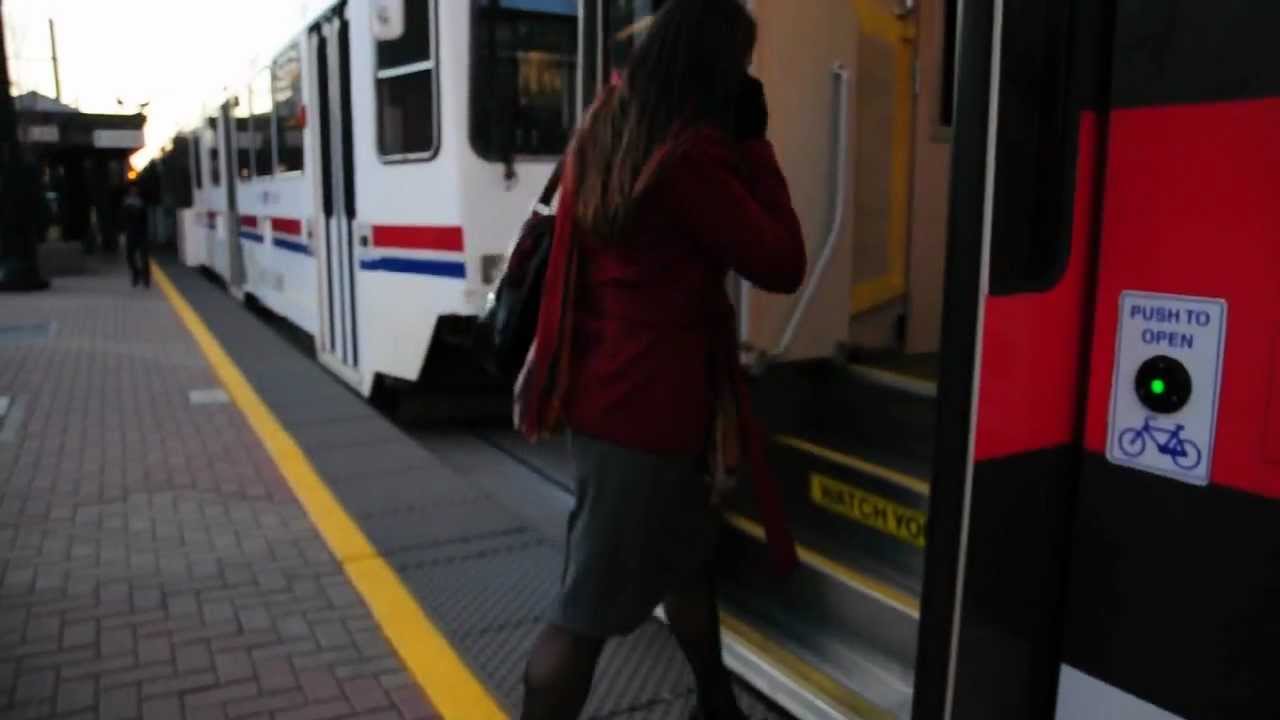 One morning on my way to work when we lived in DC, I was on the Metro already, and we stopped at one of the stations where people could transfer from one line to another.  *Right* as the bell rang signalling that the doors would be closing soon, you could hear this very high woman's voice yelling, "Please wait!" and then the teeny-tiny mincing steps of her running in very high heels.  She just made it, but as she stepped onto the train, one of her shoes came off and fell onto the track below, she said in the most despondent high voice possible, "My shooooeee!" and though others did their best to comfort her, I had to really concentrate on my book so that maybe no one would notice I was laughing so hard I was crying.
Yes, I know she had to figure out what to do for the rest of the day with only one shoe, and there's a good chance based on how she was dressed that it was an expensive pair of shoes, and someone else's misfortune should not be so funny to me.
Nevertheless.
Posted by Bridget at 11:11 AM
Labels: three-on-thursday

I do feel bad for the lady with the shoooooooooeeeeeee though.

My family is funny and we often find humor in even tense situations but I think it helps relieve the stress and that is why we do it!

I had a friend when I was living in Europe who was French by birth. She was married to another American (a colleague) and a very sweet lady, but she never seemed to get the 'l' in public and it was a struggle to keep the giggle inside. As I said she was a very sweet friend.

Yes. Yes. Yes. I would laugh at all those things. We have a sign when you enter our little development that is supposed to show a child playing and warn you to slow down but it looks more like a quadruple amputee having a seizure and it cracks me up every time.

My lost on the metro story: as the doors closed, a very large muscular man who had just gotten on the train realized he left something on the platform. "My fanny pack! My fanny pack" he shrieked over and over.

I just love you, Bridget. :-) Life is very funny. Very, very funny. I laugh at other people's expense all the time -- and I'm sure they laugh at mine, as well. It's what makes the world go around, I'm pretty certain. (I'm going to be losing it over the shoes-on-the-track story all day. Thank you.)

More of these, please! I can imagine sound effects to accompany the first one, the second one is hilarious, and the poor woman amuses me also. I honestly don't think that I'm laughing at the unfortunate woman, it's just a funny, unpredicted event. I will admit that I am laughing at the Christian college typo!

This is why they have shows like America's Funniest Home Videos, so that people like us can laugh at the misfortunes of others and not feel guilty. After all, someone could win a lot of money just for falling down!

Raising my hand over here! I'm a horrible inappropriate laugher. My only saving grace is that I also laugh at my own troubles.

At my father's funeral, I got upset because someone's phone kept ringing - then I realized it was mine! I'd forgotten to silence it. And of course I got the giggles. Then the minister kept calling Dad by the wrong name... and, well, I got to laughing so hard I thought I was going to have to leave the church. I just pray people thought I was crying and not snort-laughing.

And now I'm laughing at the poor woman who had to limp into work in only one shoe.