The Friday After A Big Day

You may or may not have noticed that I didn't post yesterday.  I meant to, but I got wrapped up in preparations for The Tim's birthday, which was yesterday.  It turned out to be a really busy day, but it all went just the way I hoped it would.

In our house when it's your birthday, you get to request what you would like for your birthday dinner, and what kind of birthday dessert you would like.  The Tim chose stuffed peppers and a cheesecake.  So yesterday morning I walked over to the market to get the green peppers, and then spent some of the morning getting the ingredients ready to go into the crockpot.  I've made stuffed peppers for a long time, but the first time I tried them in the crockpot, I decided that was my favorite way to prepare them - the peppers get softer, but not mushy, and the flavors seem to blend better.

Then it was time to get the cheesecake made and baked, and I was happy because it was one of my most successful attempts.  The Tim being the way he is, he had bought a couple of things himself for gifts, but I also had a couple of things I'd bought, so I wanted to be sure things were wrapped and ready to go.

It was a great dinner and celebratory evening, and it was fun to have some things that he hadn't bought, and were actually surprises.  The kitties and Hamlet enjoyed the singing, the wrapping paper, and some treats, so I think it's safe to say that a good time was had by all.  😊

I hope you have a good weekend.  I'm hoping to make some significant progress on the Musselburgh Hat, and get the shawlette I knit for my niece blocked so I'm not doing it at the last minute.  Today I plan to clean up some things around the house, and get out our few but nonetheless festive Thanksgiving decorations.

Take care, and have a good weekend! 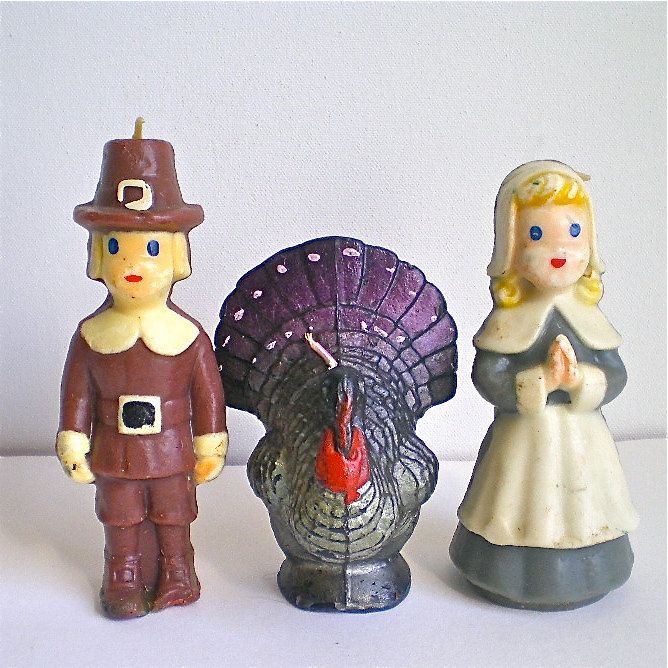 Posted by Bridget at 9:26 AM
Labels: birthdays, Thanksgiving, The-Tim, weekends

That sounds like a fun and sweet birthday celebration! Glad your peppers and cheesecake turned out well! Happy belated birthday to Tim!

Love your fancy turkey. (I'll post mine later next week).

Happy Birthday to the Tim!

Happy day to Tim! Sounds like a great birthday!

Oh, those candles!!! My grandmother had those on her table every Thanksgiving. What a blast from the past. I hadn't thought of them in ages.

Happy Birthday to The Tim! I have those exact same candles!!!

a very happy hubby birthday!! (my daughter and son-in-law are about the same age difference....and he refers to her as his 'old lady'!!!)

My husband is three months younger than me, and he is the same way as Tim is, constantly harping about it. Why are they that way?

It sounds like you had a great birthday for him, one that everyone thoroughly enjoyed. Hooray!

Another husband-of-a-friend named Tim has a birthday! Happiness all around.

I'm so glad you had a good birthday celebration with Tim. Tim who is the same age as you, by the way. ;-) I love the little Thanksgiving pilgrim/turkey candles in your photo; they are full of nostalgia for me! In fact, I ordered a little set for myself decades ago. They are "re-dos" though, and not The Same as the ones from my childhood. Still, they bring the nostalgia every year when I get them out!