Last of the Christmas 2021 Gift FOs

I told you that the next few posts would be about FOs, and so far they have been.  Today's is the last - no my last FO ever (God forbid!), but the last one that is a gift for a family member for Christmas.  This one is for my niece Liz's (she of yesterday's post) husband Greg. Probably one of the best people on the planet, hands down.  He is a social worker for the State of Maryland, and part of his job is removing children from dangerous family situations.  He is so dedicated to his work and his family, and so knitworthy, that once I decided to knit something for Liz, there was no way I wasn't going to make something for him! 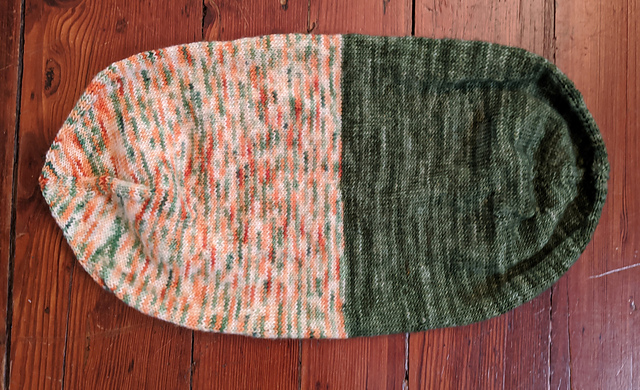 Project: Greg's Musselburgh Hat
Pattern: Musselburgh (link to desigjner's website, but also on Ravelry)
Yarn: Emma's Yarn Practically Perfect Sock, in the colorway Take a Hike (green); and, KnitCircus Spectacular, in The Orange and the Green Speckle (variegated)
Needles:  US size 3
Modifications:  None (though I did something that worked for me for the cast on - see below)
Comments:  I know that everyone and their brother has made this hat, and raved about the pattern.  And I get it - a double-thick hat that is mostly just stockinette, going around and around?  Who objects to that? 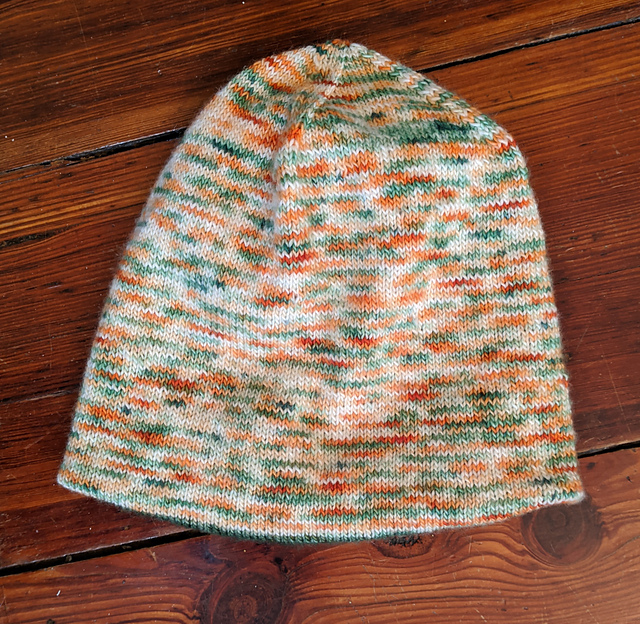 I had two problems, both dealing with the start of the pattern: 1) the pinhole cast on, and 2) figuring out size/gauge using the chart in the pattern.  I know I've told you previously about my problems getting things cast on to my satisfaction.  I did finally get it, though my "helpful" (? - because it may not be at all for anyone else) tip is that once you get the initial stitches cast on, instead of distributing them on the needles and then knitting the first round, knit the first round and distribute them as you are doing that.  This, at least for me, meant that the stitches were nice and snug on the needles, and that it was easier to make sure you had things ready to join in the round. 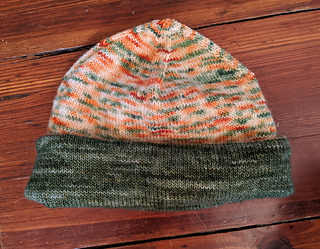 As for figuring out the size/gauge using the chart in the pattern, I think that might just be a "me" thing.  But it took me a ridiculous amount of time to get it figured out to the point where I felt confident continuing.  Once that was done, the rest truly was smooth sailing! 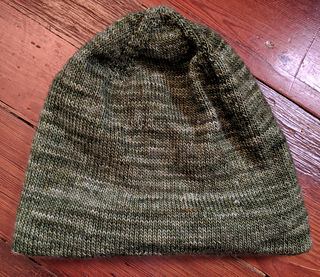 The green yarn was truly lovely to work with - it was soft, but not too soft, and the color is much brighter than these photos show - more like a bright forest green, not as subdued.  The variegated yarn was awful - really splitty, and extremely slippery, regardless of what needles were used.  I had originally cast on with that yarn, and nearly gave up the whole idea.  But then I decided to give it a try starting with the green yarn, and well, you can see the results. 😀 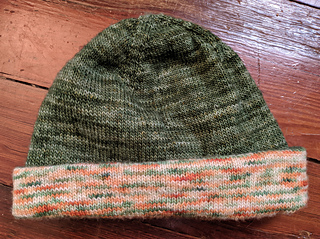 I'm going to try and wrap it up for Greg in its form in the first photo, because my other niece Amanda has agreed to take a video of him trying to figure out WTF it is when he opens it.  He's one of those guys who likes to figure things out, but has a running commentary as he's doing it, so we can't wait to see him figure out just what this gift might be ...
So I am ending the month of November by showing you the things I'm sending off as gifts this year.  It feels good to have been able to decide and get things done well in advance, and have them ready to send.  My plan is to get the gifts wrapped this weekend, so that The Tim can mail them next week.  Theoretically, they will arrive in time, but once they leave our hands, that's out of our control, so we'll just hope for the best.
On to Christmastime!
Posted by Bridget at 8:13 AM
Labels: 2021-knitting, Christmastime, family, hats, knitted-gifts

Ha! I can just imagine him opening up the gift and saying WTF???? Love the colors you picked - sorry the speckly yarn was so splitty, but it all seems to have worked out well. Nice finish!

What a great hat, Bridget. I've wanted to knit one of those for a long time (maybe you'll inspire me to actually do it. . . ). I hope Greg is thoroughly perplexed when he opens his gift -- and that you'll share his reaction in a follow-up post.

You definitely want the size figured out BEFORE you get going. That is a WHOLE LOTTA knitting!

I'll bet it is an amazingly warm hat!

Those yarns complement each other so well. It's a great hat and a great gift.

That's going to be so nice and warm!

So that hat starts at the top of one and goes onto the top of the lining. Interesting. I love a lined hat. They are so warm and down here in MD as windy and cold as it's been that's the kind of hat you need.

That hat turned out well and it looks cozy too! I hope all of your packages arrive quickly and safely!

Brilliant. When he opens it, I suspect his voice will be, "Wonderful! Thank you!" but his eyes will say, "HUH?"

Those are the warmest and best hats. They are twice the work, ha ha, but they are a1so twice as warm

that is beautiful and so very practical! I wear a headband under my hat on my walks and need a lined hat....maybe one day I will knit one for me!