Hello all - I hope if you were anywhere near me, that you managed to keep cool.  And that if you were somewhere that got snow, it wasn't too much. Such weird weather all around.
Anyway, I have random thoughts floating around in my head, and decided that since Monday is well, Monday, I'd share them with you.  So feel free to stop reading here if you are not in the mood. 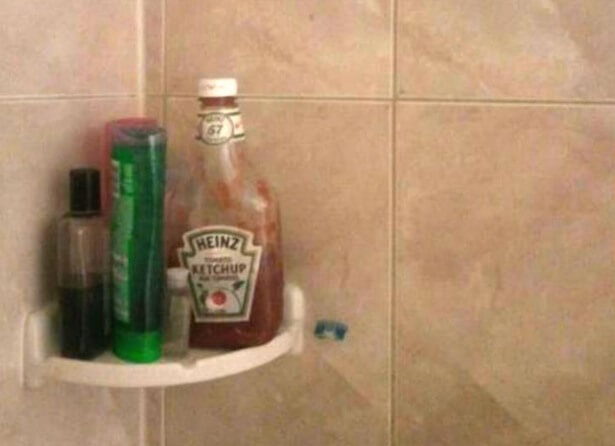 Over the weekend, I did manage to finish my Easter socks.  Yes, Easter socks.  What can I say?  In my head, I wanted to finish them, but for the last while, I just was not interested in knitting a stitch on any project.  So I'll share them with you later this week, but I think that's the longest I've ever taken to knit a pair of socks.
For approximately the 10,000th time, I saw a commercial for Shen Yun, which I don't know, seems to come to Philadelphia at least 25 times a year, and yet I have never met a person who has gone to see it.  Anyway, one of the things that really kills me is the "testimonials" from people seemingly on their way out of the theater.  They show the person's first name, and then some qualifier, like "Computer Programmer."  My very favorite is "John, Professional Golfer."  How many times in your life have you been on the fence about seeing a show, and then you read/see that a Professional Golfer enjoyed it, and then you say, "BOOM! I'm going to that if he likes it!"???
This morning on the local news, when they went to give the weather report, they had some guy from a Dallas station doing the weather, because apparently he is the only person available to fill in???  I mean, it's not like Philadelphia is on the moon, so they figured well OK at least there's someone from Dallas available.  There wasn't even someone from Harrisburg, the Lehigh Valley, Baltimore, heck even "all the way over" (as people here say) in Pittsburgh available?  They had to call in someone from freaking Dallas??
Saturday afternoon I was talking to my sister in WV, since we are headed there for the coming Memorial Day weekend.  It sounds like there won't be as many family members there as usual for one reason or another, so I'm glad we got together at the beginning of the month in Baltimore.  But she said that one of my brother-in-law's nephews, his wife and kids, from NC might come up for the weekend, because they hadn't seen us (meaning The Tim and yours truly) for so long.  Which is lovely, but I don't think over the past ten years when we have seen them, we've exchanged ten words.  Oh well, it will be fun to see them nonetheless, it's just ... puzzling.
Do any of you watch "Ozark?"  We just finished the end of the last season this weekend.  Both of us found the ending unsatisfying for a number of reasons.  I mean, it's not like it could have ended with bunnies and glitter, but it seemed annoying nonetheless.
Saturday morning, I decided that rather than fix us something for breakfast myself, I'd walk up to a pastry shop in the neighborhood and treat us to some of their sticky buns.  The woman who was the owner was helping me, and when I went to pay, she said, "You live in the neighborhood, right?" and I said yes, a few blocks away from the shop.  And then she said, "Well, then 20% off."  Now that was a lovely surprise!  It made those amazing sticky buns taste even better!  😃
On my way to work today - which is trash day for our area - I saw a guy come out of his condo building with a flat-screen TV, apparently getting rid of it.  Except that he placed it in between two parked cars.  I said, "Oh are you taking your TV on a trip in the trunk?" and he said, "No, just putting it out for trash."  In between two parked cars??  I so wanted to know his reasoning, yet kept going because that is already a level of weird I don't need to interact with early on a Monday morning.
So there you go.  Let's hope this week if it is full of random weirdness, is the good kind at least.  I'm not sure I can take any other!
Posted by Bridget at 7:58 AM
Labels: random, weekends

That Shen Yun stuff creeps me out. It will change my life? Really??? A dancing show will CHANGE MY LIFE!

I think Shen Yun finishes its run in Philly and then comes to Cleveland. Or vice versa. We get them about 25 times too, and we get the breathless testimonials from emotionally charged people who are simply blown away. The voiceover is very pointed about saying it's a display of China "the way it used to be" or something like that, so that the people who have a Big Problem With China Now can rest assured that they're not going to be Indoctrinated with any Modern Chinese Propaganda.

Not hot weather here (which is kind of amazing). It's been cool and rainy. I'm taking advantage of the cool get as much done outside as I can. The hot, grossness will hit us eventually

Thanks for all the updates! I agree with you on Ozark. I guess there's a chance for a Bird Family Spin-off but I'm really not sure, for example, WHO IS GOING TO LAUNDER THE MONEY NOW? Is it the Blue Cat lady? So confused!

We went to see Shen Yun maybe ten years ago? Maybe more? Had not idea what it was about but thought it might be Taiko Drummers and acrobats. Some of the dances and acrobatics were beautiful, and unlike anything we've ever seen. But then there was really some weird propaganda stuff AND they wouldn't let you leave the auditorium during the show (they had big burly men to discourage this from happening). So there was sort of a menacing feel to it.

Interestingly, I know people who LOVE IT and see it every time it comes to their city, so they're probably on that commercial that you see.

I have not watched this season of Ozaark because I can't do that level of intensity. Covid and now mites have broke me so I am either watching old movies on TCM or silly rom-coms. Having said that I am very excited about Stranger Things coming back on Friday. I can do monsters-I can't seen to do people being cruel. Go figure.
The Kennedy Center hosts Shen Yun a lot so those ads show up all the time here too. Since I have Chinese-American Grands I always think about taking them and then it's...nah. I'd rather take them to Cirque du Soleil.

Bridget, this post makes me feel like we're sitting together over a coffee (and maybe a 20%-off sticky bun), just shooting the sh*!, y'know? I love it. XOXO
And . . . I've never heard of Shen Yun. I don't think it's come to my area, although maybe I've just not paid enough attention? But now that I know it's a show that attracts Professional Golfers, hmmmmm. I may need to keep my eyes peeled???? (But after reading Kim's comment, I'm thinking I'll steer clear.)