I finished these about a week and a half ago, but kept forgetting to post until now.  Partly because I got involved in other things, and partly because it was hard to photograph them successfully.  But anyhow, here you go. 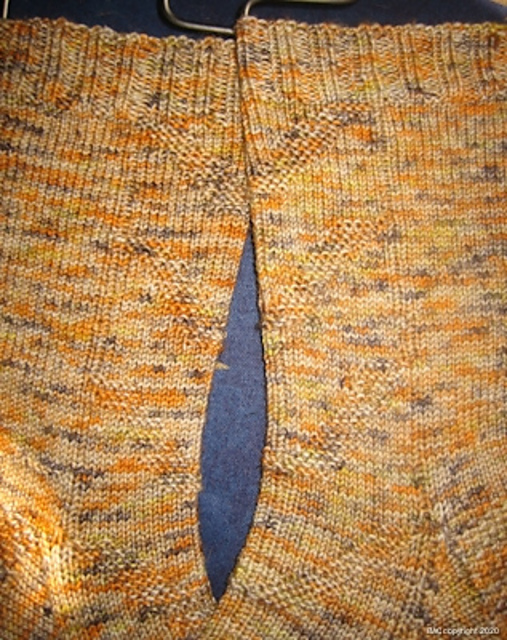 Project:  Know Your Roman Numerals Socks
Pattern:  I made this up and will probably write it up for myself, and for anyone else who may be interested
Yarn:  Puff the Magic Rabbit Superwash Sock in the colorway It's the Great Pumpkin, Mephistopheles
Needles:  US size 1
Modifications:  None, since I made up the pattern 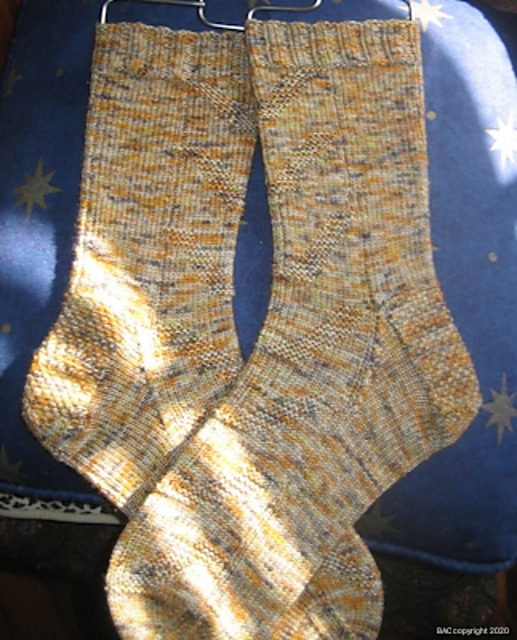 Notes:  This yarn has been in my stash for while.  The dyer is a friend of mine, and sent it to me as a gift a few years back.  I finally decided it was time to knit with it, and though I had one thing in mind, I started fooling around and did something else. 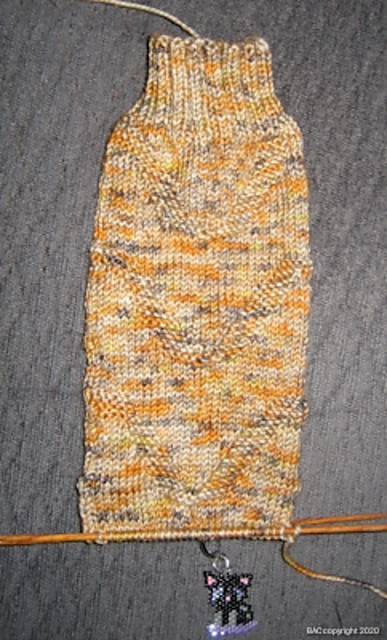 It's a simple and easily memorizable pattern, and I really like the way it all turns out.  I realized not far into the knitting that it would probably show up better on a tonal or solid yarn, but I was on a roll and liked the way it looked, so I carried on.
I am really pleased with the way they turned out.  I call them Know Your Roman Numerals Socks because I regularly see/translate Roman numerals at work (it comes with being a rare book cataloger) and most people I work with have no clue what they are - and as for students, well, forget that!  Anyway, this creates a V-shape, and V = 5 as far as Roman numerals go.  I kept thinking of that while knitting these. 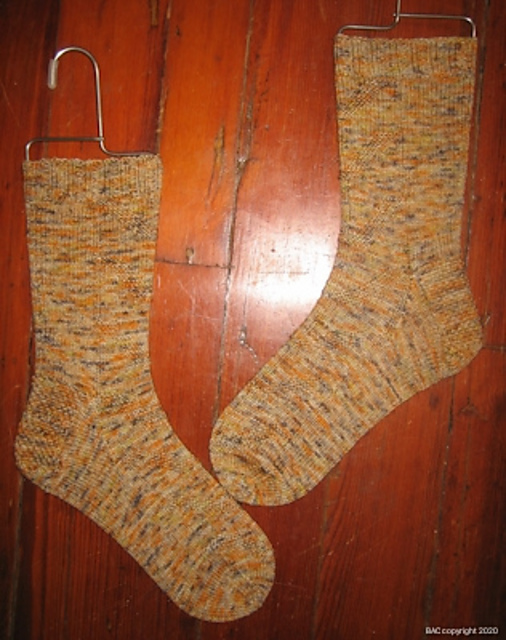 I'm really pleased with them, and love the yarn, both colorwise and how it feels.  Mindy's yarns come in such lovely colorways, and are always so soft!  If you want to try some yarn from an indie dyer new to you, here is her website.
They seem especially appropriate to have knitted during the end of October into November, don't you think?
Posted by Bridget at 5:45 AM
Labels: 2020-box-o-socks, 2020-knitting, fos, my-design, nablopomo-2020, socks

lovely pair of socks and I like the simple design on the leg!

oh how lovely! Both the yarn and the pattern!

Count me in as wanting the pattern when you get it written up. :-)

Those look great! I like the autumnal look of the yarn, and the stitch pattern has such a classic feel to it.

Great socks! I know my Roman numerals! Though I admit I do get a little confused when theres a pile of them together (Like when the year is written in them)

Beautiful!
I'm good with Roman numerals up to 100, then I'm lost.
Happy Thanksgiving!

Pretty! Knowing Roman numerals seems to have gone the way of knowing how to read/write cursive and tell time with an analog clock/watch. *sigh*

Nicely done, Bridget! I love them -- and I love the story behind the name, as well. (I'm pretty good with Roman numerals, but I have to really think when they start getting too long. . . ) XO