True - why wouldn't you pet a black cat - or any cat - if it will let you???  For the record, during my life I've had three black cats and they were anything but unlucky. 😊

So Happy Friday the 13th to everyone, and happy Friday if you don't like cats (but seriously???).  As I mentioned in yesterday's post, I took today off.  It was kind of a last-minute decision, but a good one.  Also, I realized that if I don't start taking some days, I'll lose them when the fiscal year ends on June 30.  Of course, a lot of that is because it's hard to get the time off approved, which is a whole other situation.  It was lovely to sleep a bit later this morning and know that I have the day to myself.

I was thinking yesterday and last night about what I might do today.  I have put a load of winter things in the washing machine so I can put them away nice and clean until next year.  And as I'm sure is the case with most people, there are a ton of things I *could* do, but that is not a guarantee that I *will* do them. 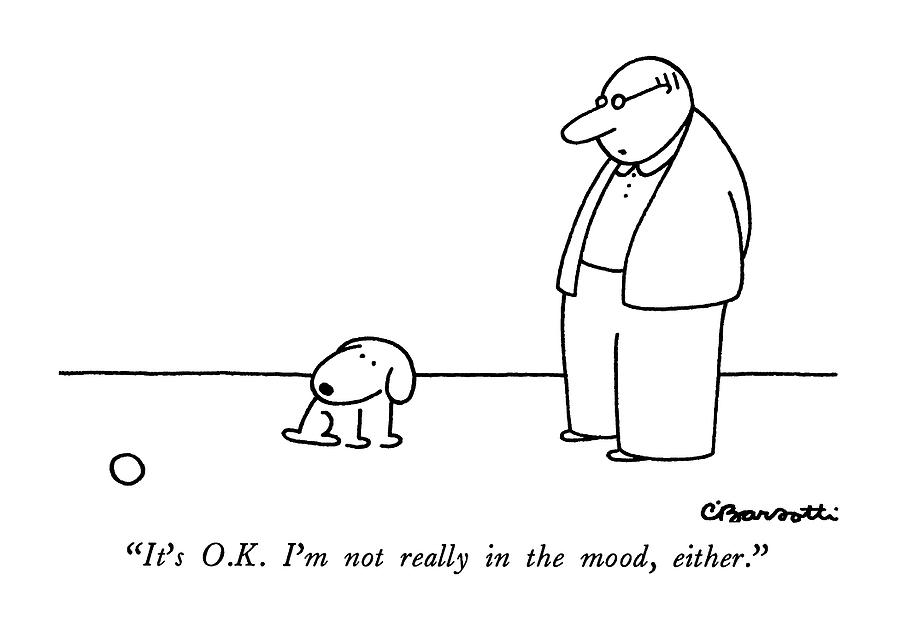 This cartoon says it all.  I'm not necessarily in the mood to do anything, even if it's something enjoyable.  For the past couple of months, actually, I just haven't been able to stick with anything much.  I've had spurts of wanting to do things, but otherwise ... not.  I've done some reading, but that's about it.  My knitting hasn't been touched for weeks.  I think about doing it, but don't really have the desire to even pick it up.  I see patterns I would love to try, but that's it.
Same with my needlework.  I love the idea of it, but don't feel like picking that up either.
So here is my plan for today, as it stands right now.
1. Finish the load of laundry currently in the washer by drying the stuff and then folding it and putting it away.
2.  Spend 1/2 hour starting on cleaning out my closet. I am in the mood to make serious decisions about keeping or donating. And if I set a timer for 1/2 hour, I won't get overwhelmed and just give up.
3.  Take a walk.  It's supposed to be rainy at times today, so I'll look for a time when it's not raining, and take myself for a nice walk.
As for the rest of the day? Well, if I decide to do something else - useful or not - I will.  But otherwise, I'm just to enjoy a day off and do nothing.  Everything will still be waiting, and I'm not putting anyone in any danger as a result of not doing any of the many other things I could be doing.
Most importantly, it's a day off.  That's reason enough to just be.
Have a lovely weekend, whether you are crazy busy, or just relaxing the whole time.  I'll see you next week. 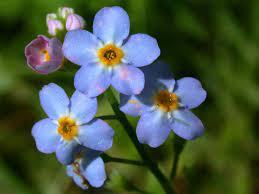 Posted by Bridget at 9:03 AM
Labels: friday-the-13th, laziness, weekends

Love those sweet blue flowers! Enjoy your day and relax!

The Mister got a letter summoning him for jury duty today. Talk about Friday the 13th bad luck.
Enjoy your day of doing nothing. I've had two months of doing nothing and I have to say I'm quite enjoying it.

The half hour thing is really really smart. I do that with housework now.

Hope you had an enjoyable day off.

I'm still so proud of my uber-superstitious father for never saying or doing anything negative when he was around our jet-black Gable.